Researchers at the University of Tasmania are currently raising funds for vital research into the effect of storage temperatures on the effectiveness of EpiPens. Mother Alice Gray has a child with severe allergies. This is her story.

The most traumatic day of my life happened when my son Barclay (Barky) was eight months old. I was in a hurry (we’d started a new business that week), so I grabbed a tube of baby food to give him for lunch.

As I was feeding him he kept pushing the food out of his mouth with his tongue. He was doing it vigorously, but as any mother will attest, young kids can be tricky with food, so I kept giving him more.

Then I noticed his lip looked funny. It had a lump on it. Everything else seemed fine, but something told me we needed to see a doctor.

We live in Dunalley, 45 minutes from Hobart on a farm and no-one else was home. I didn’t want to put him in the back of the car on his own, because I wanted to monitor what was happening.

So I called my family day-carer, Angela, who looks after my older son James.

When I told Angela what had happened, she said “call the ambulance immediately, I’ll be there in five-minutes.” At that point I realised that Barky was in serious trouble.

By the time Angela arrived, just five minutes later, his lips were so big that I could no longer see his chin. His whole body was red and blotchy, he was scratching at his skin like crazy. There was so much mucus coming out of him that it was running down his chest, he was screaming blue murder and he had started to vomit.

As soon as Angela got there, she stripped off his clothes to monitor his breathing until the ambulance arrived.

Because we live on a farm, with three houses on the property all with the same street number, I had to get someone to go out to the road and flag down the ambulance so they knew where to find us.

While we waited I tried to breast feed him to calm him down, but his mouth was so distorted that he couldn’t drink. I also tried to keep James away because it was so distressing.

I was lucky, it only took 15 minutes for the ambulance to arrive, but it was the longest 15 minutes of my life. My husband, Tom, arrived at the same time as the ambulance. He was horrified because Barky looked so unwell, I was crying and my dog Rosie kept trying to get in the ambulance!

The paramedics put him straight into the ambulance, injected him with adrenalin and whisked us away to the hospital in Hobart.

The adrenalin started to work within five minutes, and by the time we reached the hospital Barky was red and blotchy, but otherwise looked completely normal. Adrenalin is an amazing thing.

Its strange the things that stick in your memory – but I remember the paramedic commenting “what a lovely little mouth he has” because it had been so swollen, so distorted, so dramatic, when they first saw him.

We stayed at the hospital for five hours with Barky asleep on my chest. They said we needed to see a specialist to work out what he was allergic to, but that it could take a while to get in.

They sent us home at midnight with a script for an EpiPen, an adrenalin injector, which we bought on the way home at an all-night chemist.

We managed to see the specialist within two days. The scratch test confirmed that Barky was allergic to dairy, raw egg and peanuts.

We now have four EpiPens for Barky. There are two at all times in the top of our pantry and two in a bag with a medical alert, anaphylactic plan, a picture of Barky and a bottle of antihistamine, that travels with Barky, and whoever is caring for him, at all times. 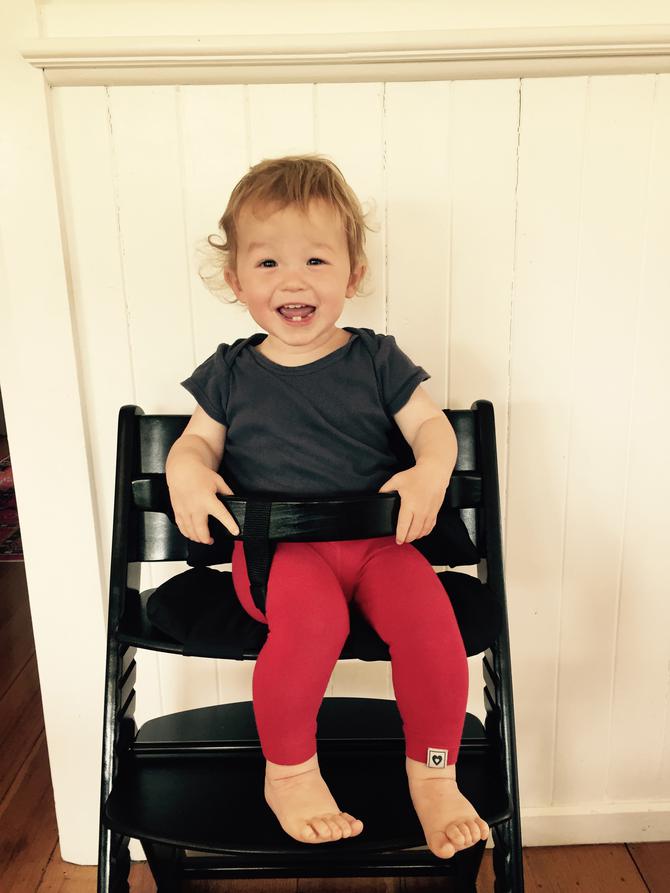 Since that day we’ve been vigilant and we haven’t had another day like that.

He breaks out in hives often, maybe a kiss after someone’s drunk coffee, a touch from another child that might have had yoghurt.

We don’t take him to children’s birthday parties because they are just too dangerous. All dairy products are above his reach. We educate every person who walks into the house, or whose house we walk into. When I go to the supermarket I have to read the packet of every single thing. We take his food to cafes.

Its very stressful, but having the EpiPen takes 90 per cent of the stress away because I know that I have a plan and I can treat him. The EpiPen is his lifeline. It means that we can go through life every day, knowing that if accidents happen, which they will, we can treat him. 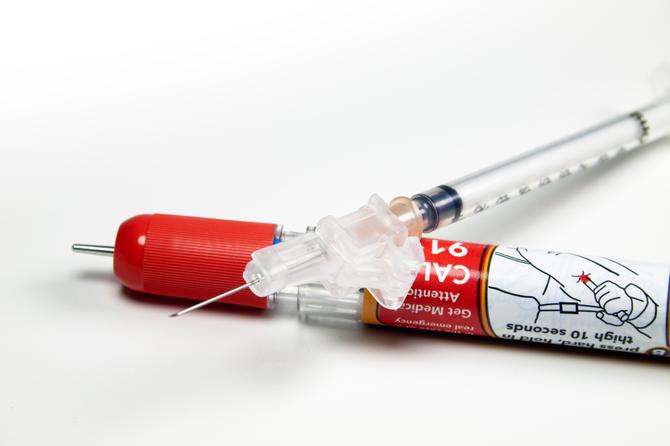 Researchers at the University of Tasmania are currently raising funds for vital research into the effect of storage temperatures on the effectiveness of Epi-pens. The research will give confidence to people like Alice, that their life-saving EpiPen will work effectively when needed.

He’s two now, so he can climb up and find something that he can’t eat. Someone in a shop could give him a chocolate without asking. A teaspoon of Gravox could make it into someone’s homemade casserole (dairy is in so many unexpected things!) Another child at day care could give him a cheese stick from their lunchbox. Someone visiting could put a knife with butter on it into the Vegemite. But I can’t worry about that, because I’d go mad.

All I can do is educate him and others as best I can, and have an EpiPen for if accidents happen to keep him safe until the ambulance arrives.

Alice Gray lives with her husband Tom Gray in Dunalley, Tasmania, with their two sons Barclay and James. Tom is allergic to Jack Jumpers and also requires an EpiPen on stand-by at all times.