From equestrian to historian

After an amazing career as an equestrian, Lucy Bennett has jumped into a whole new life as a student.

After school I went to uni and started commerce because I thought that would give me a good job. But I didn’t like it, it was just dry and not for me. I was a horse rider and bought an ex-racehorse that I went to the state championships on in the uni Easter break. His name was Freddo and he turned out to be amazing.

I never went back to commerce at uni – I went to train as an equestrian with the best equestrian coaches in the country. I got a scholarship to the NSW institute of sport. I trained and competed horses at the highest level for nearly 20 years. I lived in a country town in the middle of nowhere and eventually I wanted to start studying again just for myself.

After the first time around, I wasn’t studying with a career in mind, I was just doing subjects that I was passionate about. I was doing it for my own self-fulfilment alongside running my own business as an equestrian. 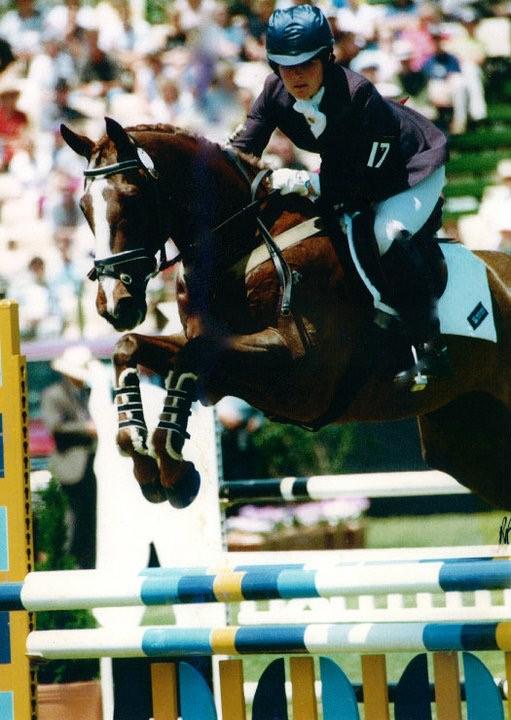 Lucy on her horse Freddo.

At school I loved the humanities – essay writing, history and so on. I loved the Russian revolution, the French revolution, and the great wars. I just retain history really easily because I find it so interesting.

So I started an Arts degree at nearby University of Newcastle studying one subject at a time.

I was really nervous about going back to study after so long away. My computer skills are not great – my 4-year old nephew is better on a computer than I am! But I found I didn’t need to be nervous.

I was planning to do pure history, but an amazing lecturer, Associate Professor Wayne Reynolds, taught history with a focus on International Relations. I found him incredibly inspirational.

I moved back to Tasmania in 2013, after going to France for the summer, where I lived with a French family to do an intensive French course.

I started at the University of Tasmania full time, going into second year, studying a Bachelor of Arts, majoring in History and International Relations. One of the things that I love about the Arts degree is that I can choose subjects that really interest me. I think it makes you such an educated person to study the classics.

I absolutely loved philosophy and ethics. In fact, I could go back and do another degree in that, I loved it so much. I became a vegetarian in this class and haven’t eaten meat since. I think one day we will look back on the horrendous things we do to animals for food production and think, how did we ever think that was OK.

I loved Cold War Europe, Europe under the Dictators, and The Experience of Modern War, with Gavin Daly; Order, Violence and Justice, and International Relations subjects with Matt Killingsworth; American History with Anthony Page, covering the American war of independence and the American civil war.

I love going to the lectures, I never miss them. I respond to good lecturers - they make all the difference.

I am currently working on my thesis - a biography of one of Tasmania’s first settlers, Jane Williams. I am using her scrapbook, an original primary source that has never been seen by another historian. And I am analysing her letters, which she wrote for 50 years all over the empire. I’m piecing together a story of the time. She saw the birth of the modern world in her life. Her life could be the bones of a romping tale. What she did, most normal people would never be so brave to do.

I can now call myself a historian. I am contributing to our understanding of the world.

Studying this degree was never a chore. I’d love to go and do another one.

I would encourage anyone to go back to uni – even if they do just one subject at a time. It’s important to have an education. I’ve learned so much about our past, in great detail. Learning about wars, their consequences. Too many people don’t know enough about the past.

If I was younger I would love to go into the foreign office as a diplomat or something similar. But I am expecting my first child. While at uni I did some freelance writing and I loved it, so in the short term I will pursue this. Maybe down the track I’ll do a PhD.

I think studying subjects for where it is going to get you is the wrong reason. Study what you love and you’ll make a profession out of that – it’ll come to you.

Lucy Bennett is studying a Bachelor of Arts majoring in History and International Relations, with Honours in History. She was awarded two scholarships, the Malcolm McRae academic prize for the highest scoring student going in to do Honours and a University of Tasmania Honours scholarship. Read more about Lucy's thesis Who is Jane Reid?.