It's a big “oui” to the University Connections Program

Laying the foundation for a smoother transition to university.

Share this
Related articles
Taking the opportunity to learn French in high school even though she wasn’t sure how’d she go, Lily Russell quickly discovered she had a natural flair for the language.

Studying French through the University Connections Program (UCP) proved to be the perfect choice for Lily as it brought with it advantages that bore fruit when she started first year studies at the University of Tasmania.

“I guess it was the fact that it was an opportunity to further my studies, I did not even know that I enjoyed doing French until I started doing it in 2014 and it was the first time I started studying it,” Lily said.

“By the time I got to Year 12 I went, hang on a minute, I have done all this stuff in Year 11. We did an advanced program, so I thought I’d like to challenge myself, get some more experience, and if it becomes part of my degree, that’s even better. There were lots of reasons but that’s the main one. 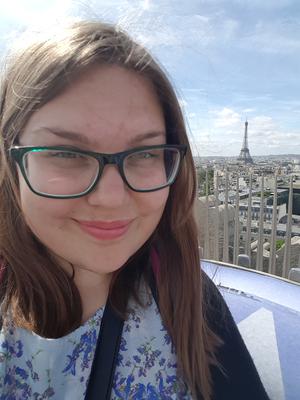 Lily said one of major advantages of being part of the UCP was the easy transition into university studies.

The biggest benefit was that I got to start second year French straight away. I was credited my first year French into my degree because I am an Arts-Law student, so my Arts component was fast-tracked. It was good because I did not have to pay any HECS on it. So that’s a benefit as well.

“I am hoping to go to France again but I would also like to go to Canada, Montreal, and hopefully get to experience the Quebec lifestyle and language.

“I thought, I have studied this for a while now, I have done higher level French, I think I will be okay and this came through when I was speaking to people overseas (France) and they said  'oh you are really confident when speaking French’ and I took that as a big compliment because I wanted to be confident in what I am saying.

“I know that the language that I have learnt at University is applicable in the real world and people can actually experience that with me.”

Lily said having the knowledge of how the university operated made first year less daunting.

“People would say to me that they were really nervous about uni and ‘I don’t know where to go’. I did not have that problem because I knew what was expected. Simple things like student cards and numbers was all already set up for me, so I just had to come in and start studying.

“It was a really good taster and introduction to university.”

A common bond with students from other schools

“The people who were in my class at school were also doing it at the same time so we could kind of all help each other.

“I actually met a lot of new friends as well who are studying French with me at the moment so that’s good.

“It also brings people from different backgrounds and different schools together, studying the same thing so we kind of have something in common with many different people."

If you have the opportunity, go for it. The amount of work you put in is minimal to what you get out of it and I think if I am an example of where you can go with it in whatever area you choose to do it in, it is valuable. 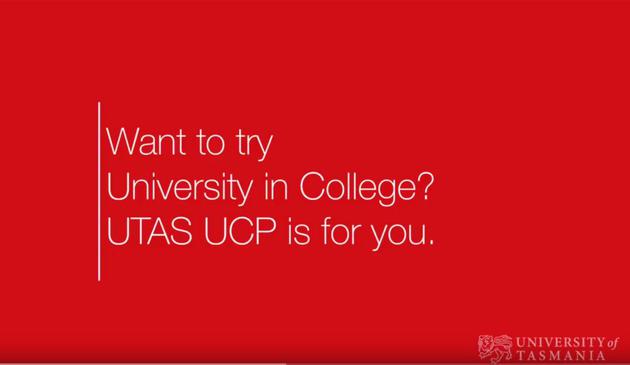 For more information on the University Connections Program, visit our website.

Keen to follow in Lily's footsteps? Apply now to study at the University of Tasmania.