Putting the emotion into maths for better learning

This researcher thinks we could all be “maths people”.

Are you a “maths person”? Most people think they are, or they aren’t.

What if we told you there was no such thing?

Professor Kim Beswick is an ARC Future Fellow, and her research is aiming to help teachers educate their students better, by examining their beliefs about teaching and about maths.

“I’d really like maths in schools to be taught in a much more engaging than it is.

“We know that more than a quarter of Australian school children dislike maths by year four, and it’s half by year eight. Our kids are among the least likely to like maths in the world. We also know that not liking maths is associated with lower achievement and that kids are not choosing to study maths once it is no longer compulsory.

“It is hindering their ability to participate in society, and they’re missing out on career opportunities.

In society, we group people into who is, and who isn’t, good at maths. Teachers do this too. It’s a deterrent to teachers thinking, ‘how can I teach better?’ 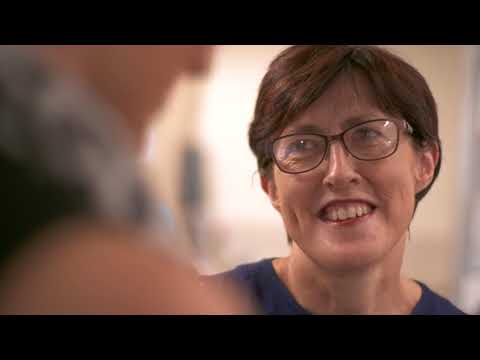 “Because of this tendency to categorise people, those who aren’t good at maths feel they cannot get better,” she said.

“If a child is struggling, the solution is often to either ask the child to work harder, or to move them down to a lower level. There’s got to be a third option that involves changing teaching.”

Professor Beswick, who was a maths teacher for 13 years, is investigating the role emotion has in teachers’ beliefs around maths teaching and learning.

Lots of people hate maths because they had an experience in early life with a strong emotional responses attached. Perhaps they came last in a test and the results were read out in front of the class. These experiences make really big impression on our identity and beliefs.

Professor Beswick’s research is trying to tap into that emotion, by gathering stories from people who have had these experiences with maths.

“I want to present those to teachers, and ask them to consider how they would react or feel in similar situations and see if that helps.

“I’d like to tap into their own beliefs too, if they were told they couldn’t do something but succeeded anyway, and also potentially include similar stories from the children themselves.

“If this method was shown to be successful, it could possibly be incorporated into teacher education,” she said.

If we could see a shift in society’s attitude, and if it was perhaps just 10 per cent of kids disliking maths instead of more than 50 per cent, that would be lovely.

Keen to conduct your own research? Apply now to become a research student.
Still wondering where to begin?