It could change the course of history.

Share this
Related articles
It’s one of the longest running mysteries in human biology, and the kind of conundrum that keeps researchers up at night – how, on a molecular level, do our bodies keep track of the oxygen levels running through our cells?

Common sense says there must be some kind of ‘oxygen sensing’ mechanism at play, but despite multiple candidates being put forward, scientists are still trying to agree on how mammals can sense low-oxygen stress, or hypoxia.

As for plants, they’re an even tougher nut to crack. Oxygen sensors in plants are even more elusive than they are in mammals – even with the best biologists in the world on their trail.

The reason they’re so sought-after is that if we can understand how crops recognise and respond to sudden dips in the oxygen supply, we can prepare them for threats like soil flooding, which affects more than 17 million km2 of land globally every year.

And that’s nothing compared to what the future holds, with recent reports predicting that by 2050, roughly 450 million people will be exposed to higher instances of flooding due to the effects of climate change.

Considering the rate at which our global population keeps growing, we can’t afford to keep losing our crops to hypoxia and water-logging stress.

The good news is we’re now closer than ever to figuring out the identity of one or more oxygen sensors in plants, thanks to research led by Professor Sergey Shabala from the University of Tasmania.

The problem with previously identified oxygen sensor candidates, he says, is that they’re just too slow to respond. They took 30 minutes to an hour to trigger a response to hypoxia, and that just didn’t seem right.

“When you put your fingers into a fire, your brain gets the information immediately, and tells you to take your hands out. So an hour later is probably not good enough to call it a sensor,” Professor Shabala said. 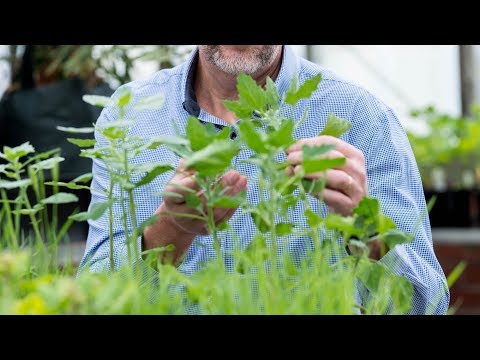 Sensors should be the first thing to sense the environment. They should have very rapid mechanisms, like one of the ion transporters or channels.

Ion transporters are proteins imbedded into cell membranes that create an optimal ionic and metabolic ‘cocktail’ to keep the cell happy and fully functional.

What Professor Shabala and his team suggest is that certain ion transporters or channels are the key to how water-logged plants make the decision to stay put and conserve their energy (qui-escence), or grow up out of the floodwaters (bolt up).

If they can figure out how flood-tolerant plants make this decision, we can introduce these traits to crops like wheat and barley to make them more resilient, too.

“We looked at the mammalian system, and we found analogues in plants. We now need to prove that this works as a sensor,” said Professor Shabala.

We also need to understand how it’s regulated, how it operates in nature, how it acts in different plants – say, those from wetlands compared with ones from the highland. Once we understand all that, we can incorporate them into crops to make them flood-tolerant.

Surviving hypoxia stress and water-logging means making the right choice about how you’re going to respond, and sticking to it.

Some species give themselves the best chance of survival by conserving their resources and staying put underwater, until the farmer manages to drain the soil.

Other plants, like rice, spend a lot of energy modifying their genes so they can elongate their stems and grow up out of the water fast enough to regain their oxygen supply.

The least tolerant plants are the ones that make a decision, but quit halfway through, so they have no energy reserves or oxygen to survive.

“Every minute when you stress is important for making a decision. Efficient plants make quick decisions, and don’t stop midway,” said Professor Shabala.

‘Snorkel’ genes have been identified by other researchers that help plants do this. Our work may explain how plants make this decision.

Professor Shabala and his team are now chasing specific traits in plants that could explain how they sense hypoxia as it happens, and how they choose to respond.

And it could be what saves us all from the floods ahead.