Meet the remarkable machines that learn from humans

Tasmanian researchers have enabled computers to learn rapidly from human decision-making, and the impact is being felt around the world

Most AI systems depend solely on data analysis, which limits how smart and agile they are. But Tasmanian researchers have enabled computers to learn rapidly from human decision-making, and the impact is being felt around the world.

Across the globe, artificial intelligence (AI) systems that can learn directly from human decision-making are benefitting a range of industries.

One such AI system is Multiple Classification Ripple Down Rules (MCRDR). Instead of relying on large volumes of previously recorded data, MCRDR has been designed to interact with humans to gather the information it needs to ‘learn’. Not only does this make it more adaptable than other AI systems, it’s also easier for users with limited programming skills to teach it.

Originally developed in Australia in the mid-1990s by Professor Paul Compton and Professor Byeong Ho Kang, MCRDR has since been refined for new purposes by Professor Kang and the University of Tasmania’s AI group, Smart Services and Systems.

Professor Kang says most of today’s AI systems rely solely on massive datasets to make decisions and predictions about the future.

“They use mathematical analysis of the data, rather than human knowledge, to find patterns in the data – the relationships,” he explains.

“But this way of machine learning has several problems. Firstly, collecting data is not easy – it’s a very expensive process and it takes a lot of time. Secondly, there’s not much chance that the data you collect is projecting whole problems. It may cover all of the previous situations, but it might not project future situations. Those are the limitations of machine learning.”

In most AI systems, it’s almost impossible for non-programmers to change the parameters or in-built rules that help the computer learn, so there’s little possibility of it adapting as it progresses through a problem.

But MCRDR is remarkably flexible in the way it learns. As any new situation arises, it can follow how actual humans make decisions.

“It interviews – or learns from – the expert,” says Professor Kang. “It asks, ‘How did you make that decision?’ So, it might say to an expert, ‘In this case, I said ‘A’ because of a previous case where I learnt from you. But in this case, you said ‘B’. So, what’s the difference?”

MCRDR then learns from the expert’s answer not to make the same mistake again.

Professor Kang says most machine learning systems also assume that there is only one solution per case, “but ours is set to handle multiple classifications”.

“It also remembers the chain of events,” he adds. “So, if the next day a new pathologist changes the diagnosis from ‘A’ to ‘B’, and then the previous doctor comes in and agrees to the change, the system traces all the changes and remembers that with evidence cases.” 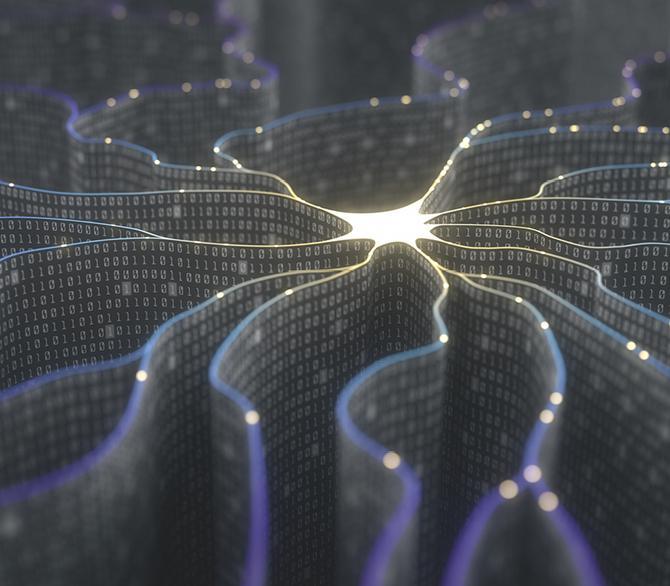 The speed at which MCRDR can learn to deal with new situations is a major strength, says Professor Kang. Machine learning systems that depend on large databases may need up to four years of data before they can act.

“If the data is available, it may be quicker to start off with a data-driven system. But if the data is not available, my system is much, much quicker, because we can learn from small data – we don’t have to wait for the data collection period,” he says.

“It learns faster, is more accurate during the initial stages, and at later stages it can update its knowledge more quickly to be more accurate.”

One large pathology company that adopted MCRDR, Pacific Knowledge Systems, is now sold to many hospitals and health organisations around the world. It says a major benefit of the system is that clinical users can add new rules in as little as 1 minute, without requiring programming skills.

Doctors are also using the system to generate pathology reports at an average of 50 – 60 percent faster than before.

As we head into a future where computers will increasingly make decisions for us, Professor Kang envisages that MCRDR will be used in situations where a machine needs to learn fast – even, say, in military drones.

“One of the challenges in defence systems is having more trustworthy, reliable AI in changing circumstances,” he says.

“For example, a drone may be trained to fly in a potential situation, but it may not understand how to adapt in more dangerous areas. Learning from a human to adapt its flying tactics for unseen situations is quite different.”

For example, if a person asks a car’s on-board navigation system to plot a route, then asks for the windows to open, then requests for particular music to play, and then requests that a change in the original route be made, such as, “Oh, by the way, I need to drop by Michelle’s house,” most computer systems wouldn’t be able to make the logical leaps necessary to comply.

But Professor Kang is confident that his AI can get there.

“We’re training it in how to communicate with humans,” he says. “We change the algorithms so the system can interact with a human – so it can have a smart conversation.”