Centuries ago, the English metaphysical poet John Donne famously observed, “No man is an island entire of itself,” conveying a universal truth that humans are necessarily connected to one another, that the human life is a life lived with others.

The question of what it is to be a ‘self’ cannot be separated from a person’s surroundings, says Professor Malpas, and understanding just how fundamental our relationships are to our sense of self can prepare us for all kinds of thorny ethical conundrums that continue to crop up in modern society.

“The self is made up of places, of people, of relationships, in this complex sort of way,”  Professor Malpas explains.

“You can't pull yourself out from that network of relations, and say, 'Oh, but I just stand here on my own.’ The very stuff of our existence is made up of elements that involve other people and other parts of the world.”

As one of Australia’s leading philosophers, Professor Malpas has taken on advisory roles and contributed research in applied ethics to the police service, the healthcare sector, and the Parliament of Tasmania.

He was involved in the Tasmanian Integrity Commission, which in 2013 and 2014 saw a new ethical framework published for Tasmania Police, and in 2011 he contributed evidence that influenced key recommendations from policy-makers to the federal Surrogacy Bill.

At the University of Tasmania, he was the founder and first director of the Centre for Applied Philosophy and Ethics, and he supervises students across several disciplines alongside philosophy, including geography, architecture, and the arts.

For Professor Malpas, working across such a broad range of disciplines makes sense, as it all boils down to what philosophy is about at its most basic level.

“My conception of philosophy is that it is essentially about the fundamental questions that affect us as human beings. And those questions lead into all sorts of other disciplines, so philosophy ends up being the most inter-disciplinary form of inquiry and the most basic.” 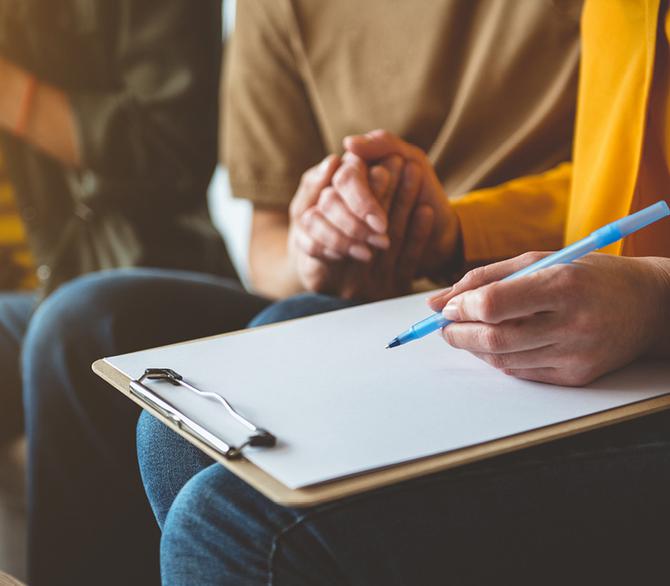 The ethics of life and death

With a focus on the philosophical questions around place and self, Professor Malpas coined the term ‘philosophical topography’ in his ground-breaking book, Place and Experience, which has garnered hundreds of citations from architects, geologists, artists, philosophers, and historians since its first edition in 1999.

"Topography, just by the meaning of the word, is the writing of place. Topos is Greek for ‘place', grapheinmeans ‘to write’. Now, of course, topography has come to mean a particular branch of geography, but I'm using it here in a sense that's more in keeping with the original meaning of the word,” says Professor Malpas.

"And what is the philosophical writing of place? It's the attempt to understand, ‘What is the nature of place?’ and ‘What is the relation between place and a human being?’ The claim I make is that human beings are essentially determined by the places in which they live. They’re shaped by those places.”

Such considerations might sound esoteric, but they can have a real impact on the way we think about – and regulate – practices around life and death.

Professor Malpas was called to advise the Government Administration Committee on the Surrogacy Bill 2011 and Surrogacy Bill (Consequential Amendments) 2011 in his capacity as an ethicist.

He was quoted extensively on the matter of genetic linkage and advised on the minimum age for surrogacy. He made recommendations based on the interests of the child, and was adamant that the government is ethically required to ensure that all persons born of surrogacy have full access to their parentage details.

“If you look at the practice of surrogacy, one of the real issues is the relationship between the child and the surrogate mother. We tend to treat a lot of these things as if we can just make these relationships whatever we want,” says Professor Malpas.

“So, there’s a couple, the wife can't have children, they make contract with a surrogate mother to bear the child. The key relationships here are often assumed to be capable of being construed purely contractually.”

“I think that is to misunderstand the way these relationships constitute themselves, because maybe the relationship with the mother, the surrogate mother, and the child will necessarily be a relationship that can't be just contractual, but is going to involve relations of love, of connection – it can't be simply put to one side.”

He says that similar misunderstandings are also at work in the public debate around euthanasia, or assisted suicide, for example.

“The issues at stake here go back to arguments about the rights of individuals to make decisions of their own, without the State interfering. The way this connects with my work is that, if you think relationally about human beings, then you can't say that there are decisions that are just mine to make, that don't affect other people,” Professor Malpas explains.

“Every decision I make will affect other people – even, for instance, if I make the decision to kill myself. Again, you might say that's the purest form of autonomy that one can have, exercising autonomy over one’s own life, and yet, we know that this is a decision that has enormous impacts on other people.”

If ethics is about understanding the factors that enable positive social connections, this naturally ties into the conduct of law enforcement agencies as custodians of social order.

Between 2011 and 2013, along with several colleagues from the University of Tasmania’s Philosophy Department, Professor Malpas contributed to the Tasmanian Integrity Commission, which sought to restore public trust across a range of governmental bodies, including the Tasmania Police.

He also played an invaluable role in defining the terms and conditions of the Commission.

Professor Malpas explains that when it comes to the notion of ‘enforcing’ ethics in certain organisations, there's no point in giving people ethical rules that they must blindly follow.

“People need to be able to embed the principles you give them in things that already matter to them,” he says.

“What we do when we try to teach ethics in an institutional context, as with the Integrity Commission, is to try to get people to realise that the commitments we’re talking about are actually principles they are already committed to.”

“If you want people to act ethically in any situation, then they have got to recognise those ethical commitments as commitments they already have themselves, and they've got to be commitments that they can think through and analyse for themselves.”

Staff in the Philosophy department continue to collaborate with the Integrity Commission in educating Tasmanian public sector workers about integrity. This project is led by Associate Professor Kim Atkins with the assistance of Professors Dirk Baltzly and Malpas.

Jeff Malpas is Distinguished Professor at the University of Tasmania. A trained philosopher, but with a University-wide appointment, he supervises students across several disciplines including, geography, philosophy, architecture and the arts, also publishing across those same disciplines. His work is strongly grounded in post-Kantian thought, especially the hermeneutical and phenomenological traditions, although it also incorporates aspects of analytic philosophy, and is centred on the project of 'philosophical topography' – a mode of inter-disciplinary philosophical inquiry that takes place (or 'topos') as its key concept.

My main area of interest is Contemporary European philosophy, especially the work of Paul Ricoeur and Maurice Merleau-Ponty, and I have written extensively on narrative models of personal identity. I am a big fan of Aristotle, Kant, and feminist philosophy concerned with agency and power. I also have an interest in bioethics, and with my three co-authors, I've just finished a third edition of Ethics and Law for Australian Nurses for Cambridge University Press.

Dirk Baltzly is Professor and Head of Philosophy and Gender Studies in the School of Humanities at the University of Tasmania. His area of specialisation is ancient Greek and Roman Philosophy, though he also does work in contemporary virtue ethics.