A Women in Engineering scholarship was a bonus for AMC Student

A Women in Engineering scholarship was a bonus for Australian Maritime College student Rachel Allen.

Share this
Related articles
A Women in Engineering scholarship was a bonus for Australian Maritime College student Rachel Allen.

Not only did the scholarship cover 75 per cent of the costs of living on campus but it also indirectly enabled her to further her sporting career. “I represented Australia in orienteering while I was here,” she said.

The scholarship meant I could spend the money I would have spent on accommodation on other things which I used to fund a trip to Hungary to compete in the 2018 World Orienteering Championships. 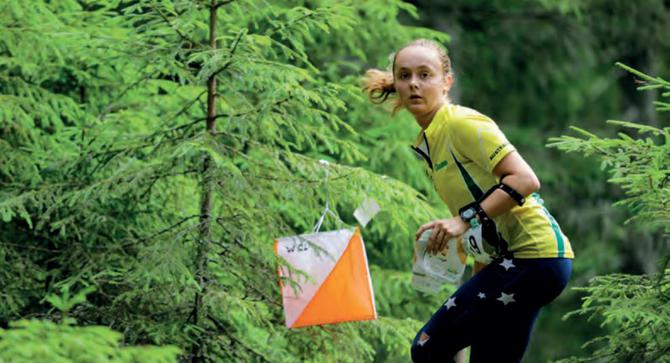 Rachel’s discovery of the AMC was almost an accident but she was hooked as soon as she knew about AMC courses. “I was at the University Open Day in Hobart and I had a blank spot that I didn’t know what to do with and somebody said, ‘There’s an AMC presentation going on in this room’ and I didn’t know what that was so I just went and watched it,” the 20-year-old from Hobart said.

“They had a presentation about all the engineering degrees, and I was like, ‘This is actually really interesting maybe I’ll do that next year’.”

“It was good that it was in Tasmania and that it was only a three-hour drive from home.” Rachel said she had always thought of a career in science or engineering and her parents were both in marine science. “I grew up near the sea on Hobart’s Eastern Shore so always loved the ocean – surfing, kayaking and wind surfing,” she said.

It was an obvious choice – a pairing of the ocean and engineering and the AMC.

“It was an obvious choice – a pairing of the ocean and engineering and the AMC.”

Now a second-year student Rachel believes living on campus was the best possible start for her University career.

“I think being able to make friends on campus straight away, being connected to your peers and talking to people in your course and being able to live with them was really positive,” she said. “It was also great being so close to class as well.”

Highlights of her first year at AMC were projects in each of the two semesters which combined many of the academic aspects with a hands-on project.

“The first one was a program on autonomous service vessels, to navigate a shipping channel according to international shipping channel regulations and we did that with sensors that detect colour and also distance from objects,” she said.

“That was really fun because we got to program that as well as build the vessel from scratch. “In our second semester we focused on a dynamics project which was building a rat-trap boat. “I really enjoyed the programming aspects of first year and the systems design, so I’m leaning potentially towards a marine and offshore engineering career which encompasses a lot of the systems side of ship design.”

Rachel recently completed a six-week internship with the Australian Centre for Field Robotics over the 2019-2020 summer.

There has never been a better time for women to take up exciting careers in one of engineering's most challenging and rewarding fields - Maritime Engineering.

This scholarship will cover 100% of the first year of the on-campus accommodation rental costs in a single room at one of the Halls of Residence in Launceston.  Learn more