The monster thundercloud that formed over the Dunalley fires in 2013 could soon become a more common feature of southern Tasmanian summers, UTAS scientists have warned.

Share this
Articles
The monster thundercloud that formed over the Dunalley fires in 2013 could soon become a more common feature of southern Tasmanian summers, UTAS scientists have warned.

As anthropogenic climate change continues to fan dangerous fire weather conditions globally, researchers have sought to understand how fires react with the atmosphere, particularly in the formation of pyrocumulonimbus clouds (pyroCbs) which produce their own weather.

Now a team of authors including UTAS fire scientists Professor David Bowman, PhD candidate Ms Mercy Ndalila, and Dr Grant Williamson, have published findings into the development of the pyroCb that formed above Dunalley on January 4, 2013, using six-minute scans from the nearby Mt Koonya weather radar station.

The fire cloud at Dunalley developed rapidly over a 24-minute period with the smoke plume reaching a height of 15km - well into the stratosphere - and formed over an area of forest that was severely burned.

“That was a firestorm, an extremely unusual atmospheric event where a fire was generating so much heat and smoke and water vapour … that it developed its own thunderhead,” said Prof Bowman, Director of the Fire Centre Research Hub at UTAS.

“And that storm developed from being just basically a normal bushfire, the smoke cloud was about 3km [high]. And it went up to 15km, well into the stratosphere in about 30 minutes. So it escalated at incredible speed.

The problem with these fire storms is that the wind field is very rapidly changing, and the implications of that are that you can’t actually predict what the fire is doing. The fire really becomes dominant and fire managers really have no way of predicting the next move the fire is going to make. They’re very scary. While it remains the only confirmed pyroCb recorded in Tasmania and formed from a rare combination of dangerous near-surface fire weather and an unstable atmosphere, pyroCb frequency may increase with the projected warming climate in Australia. Prof Bowman said that in last Australian fire season alone, at least 30 pyroCbs occurred across the country.

“It’s not an easy thing … to attribute an individual event to climate change,” he said.

“But as I say, if I was a detective and I’m pulling together of all the pieces of information, I think we would have a very strong case now to charge climate change as the cause of these extreme events.

The reason that we worry about these fire storms is that there is no technology that can deal with them. Basically, you’re down to your prep.

"If your house is not really equipped to deal with one of these fire storms, then you’ve got to be not in your house. You need to evacuate in the face of dangerous fire weather.” 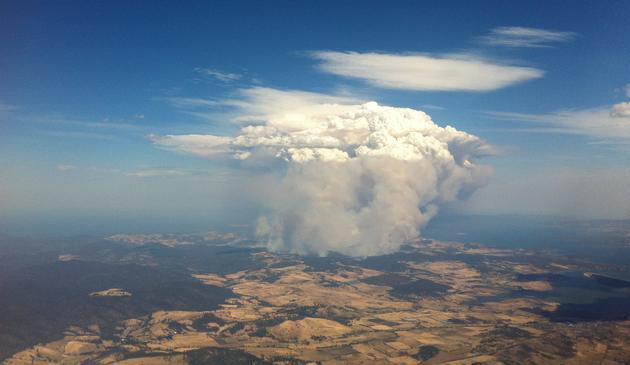 UTAS researchers explain the significance of the 2013 Dunalley blaze

Ms Ndalila came to the UTAS Fire Centre Research Centre from her home country of Kenya, where she completed a degree at the University of Nairobi before undertaking further study at Lund University in Sweden and University of Twente in the Netherlands. 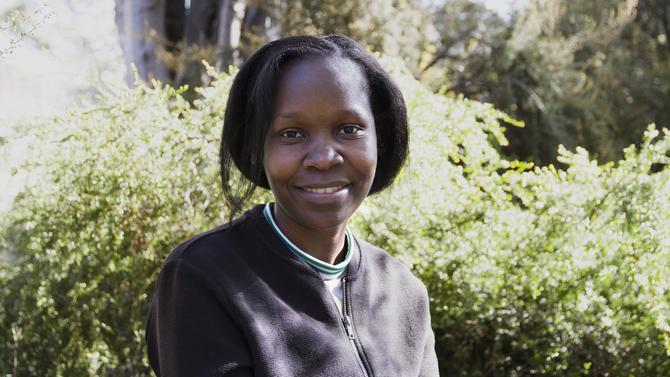 She said a significant finding of the study was that eastern and south-eastern Tasmania were particularly prone to the conjunction of weather factors that have been associated with pyroCb development. And while the Forestier Peninsula community was spared the worst from its 2013 fire cloud, Ms Ndalila said the meteorological phenomenon also posed dangers for emergency service personnel located near the fire edge.

“The lightning strikes that happened from the Dunalley pryroCb happened over the Tasman Sea, so it was good that it did not hit the land because it could have easily sparked off a new fire,” Ms Ndalila said.

The downdrafts from the pyroCb are usually a danger to firefighters because of the strong winds that come from the atmosphere onto the surface, and the winds move in different directions and cause erratic fires. 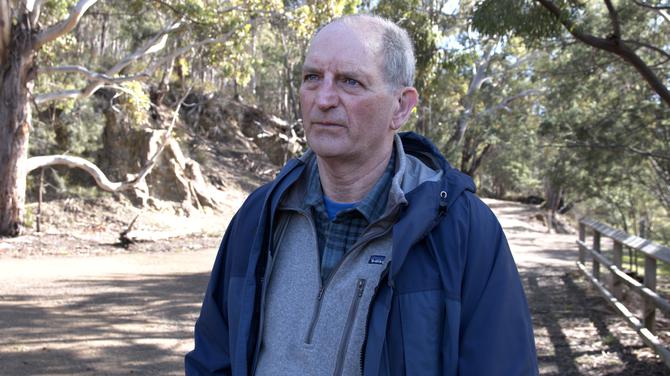 He said the study’s findings had contributed to bushfire-management research, and hoped it would get fed back into thinking about policy management, prediction, and preparing for upcoming summers.

“One of the most disturbing findings, I think, from the study is that Hobart is smack bang in the middle of the Derwent Valley, which is basically a flume designed to generate pyroCbs. It just ticks all of the boxes.

“We always knew that it was dangerous because of 1967, but the risk of pyroCbs from the analysis has increased that.

You could call the Derwent Valley or this corner of the state “PyroCb Alley” or “Fire Thunderstorm Alley”. This is a dangerous part of the world. It’s like living on the edge of a volcano.

“A bushfire could blow up in a pyroCb like Dunalley that will be the equivalent of a volcanic eruption, in terms of the interaction of a process on the surface of the earth going all the way into the stratosphere.”

The study was co-authored by Professor Jason Sharples at UNSW and Dr Paul Fox-Hughes at Bureau of Meteorology, and the findings published in Natural Hazards and Earth System Sciences.