As the world watches, Myanmar votes

There is no simple way to leave behind five decades of military rule. After ten turbulent years of trial and error, Myanmar’s leaders and policymakers are still struggling to find a viable way forward amid longstanding racial and religious divides.

At the last national elections, in 2015, most of the world was looking forward to a government spearheaded by Aung San Suu Kyi. Her longstanding resistance to the army’s stranglehold on power had elevated her into an exalted group, adorned with all manner of international prizes.

But since 2017’s brutal massacres of Muslim Rohingya and their exodus to Bangladesh refugee camps, global sentiment towards Aung San Suu Kyi and her governing party, the National League for Democracy, or NLD, has deteriorated sharply. Having failed to sidestep responsibility for what many fear was genocide, she is much diminished on the world stage. Many want to see her stripped of earlier accolades.

In the three years since the expulsion of the Rohingya, Myanmar’s diplomats have been busy seeking to undo the damage to national prestige. Yet this Sisyphean task has left a frustrated and exhausted elite with no easy answers about how to maintain democratic practices while the economy falters. Most Western tourists and investors are likely to continue resisting Myanmar’s attractions, even after the ravages of Covid-19 have faded.

Both at home and internationally, decision-makers are confronted by a blunt reality. In the country’s nascent democratic culture, policies to exclude the Rohingya are an election-winning strategy, garnering support not only from hardline Buddhist chauvinists but also from a much broader coalition of democratically minded, even liberally oriented, opinion-makers.

The loudest chorus, and the one amplified by the pronouncements of Aung San Suu Kyi and other government figures, argues that Myanmar’s efforts — which they portray as a defence against Rohingya terrorists — have been utterly misunderstood. The nasty local politics of Rakhine State, where the central government is also fighting a brutal counterinsurgency against a well-armed Buddhist militia, are used as further evidence that Myanmar is a victim of naive global attitudes.

Not surprisingly, international opinion will count for very little when Myanmar’s voters go to the polls on 8 November. Local concerns and preferences will determine the country’s direction over the next five years.

Faced with a constitution that reserves a quarter of parliamentary seats for uniformed military personnel, Aung San Suu Kyi’s NLD (or any NLD-led coalition) needs 67 per cent of the available seats to form majority government. Three-quarters of parliamentary votes are needed to approve any constitutional changes, a handbrake on changes that might threaten the military’s influence and priorities.

While the NLD is still expected to perform well at the election, the glow it experienced after the 2015 result won’t be repeated. Covid-19 lockdowns, the constitutional restrictions, some dubious cancellations of local elections around the country, and a climate of heavy-handed government censorship all raise troubling questions about the future of democratic governance in this Southeast Asian country.

In this difficult context, the treatment of the Muslim Rohingya in Rakhine State is a lightning rod for global scrutiny. The Rohingya have experienced pogroms and population-control measures for decades, with major crackdowns resulting in hundreds of thousands fleeing into Bangladesh in the 1970s and 1990s.

They have also been pawns in recent elections. As recently as 2010, Rohingya used their right to vote to undermine the various ethnic Rakhine Buddhist parties, instead directing their support to the military-backed party, the USDP, which went on to form government. Remarkably, five Rohingya politicians were elected to national and state parliaments: an outcome that is barely conceivable in the current climate. 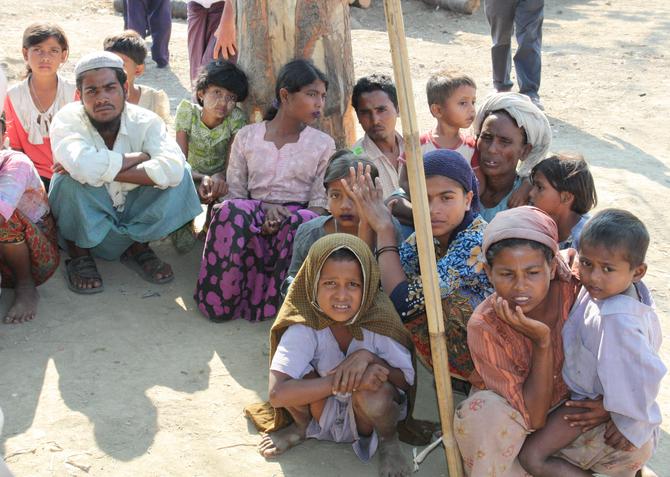 Following communal violence in 2012 and 2013, mainly perpetrated by Rakhine Buddhists, the Rohingya (and Muslims in general) once again faced a national backlash, and their political representatives were forced to keep a low profile. Then the government withdrew the Rohingya’s right to vote. Despite nominally supporting ethnic and religious diversity, the NLD failed to put up a single Muslim candidate at the 2015 poll.

But the worst was still to come. The well-documented massacres and sexual violence, and the resulting exodus of the Rohingya in 2017 are currently the subject of legal cases at the International Criminal Court and the International Court of Justice, or ICJ, where Myanmar has been accused of genocide by The Gambia. The Gambia’s full submission — 500 pages of argument supported by 5000 pages of evidence and interpretation — was deposited with the ICJ in late October.

While around a million Rohingya languish in refugee camps on the Bangladesh side of the border, more than half a million Rohingya still live in Rakhine State. At least 130,000 of them are held in internment camps with extreme limits on their ability to work, travel or receive an education. Even those outside the camps face a range of health and employment restrictions.

Despite the Myanmar government’s attempts to deflect attention away from the Rohingya crisis, The Gambia’s full submission to the ICJ will refocus attention on the issue, highlighting the fact that the Rohingya are disenfranchised in a number of ways.

Internet access — and therefore political campaigning — has been severely limited for more than a year in parts of Rakhine State, primarily because of conflict between the Myanmar military and the Arakan Army, a militant group comprised of Buddhist Rakhine, the largest ethnic group in Rakhine State.

The death toll is high on both sides, and the conflict has spilled over into the election, with the Arakan Army abducting three NLD candidates. As a result, on 16 October the Union Election Commission cancelled voting in nine of the seventeen townships in Rakhine State and restricted it in a further four. At least thirty-seven of the sixty-four national and state parliamentary seats in Rakhine State will remain vacant, virtually wiping out the ethnic Rakhine parties from parliament. The NLD holds three of the four national parliamentary seats in the townships where voting will still take place.

The decision to go ahead with elections in Paletwa, in neighbouring Chin State, only exacerbated feelings of injustice among ethnic minority parties. Paletwa, the scene of intense conflict, is cut off by road, leaving it short of food and accessible to election staff only by helicopter. But it is deemed a fortress of the NLD, which holds all five seats and will sweep the elections there.

On 27 October, following widespread criticism of these decisions, the commission reinstated elections in some parts of Rakhine State and cancelled some elections in Paletwa Township. But the damage was done. The commission’s appetite for interventions that benefit the NLD — its decisions are “based on the recommendation of the government,” acknowledged one of its officials — makes it hard to convince ethnic minorities of the existence of a democratic level playing field. Incumbency is key.

Elections have also been cancelled in parts of Shan, Kachin, Kayin and Mon States and Bago Region, but the decisions regarding Rakhine State could leave that poor and isolated region acutely lacking in local representation from Buddhist or Muslim communities. Much of its population, including almost all Muslim Rohingya and at least half the Buddhist Rakhine, will be disenfranchised, further entrenching the commitment to armed struggle.

Adding to the complexity is a second Covid-19 lockdown, now in its second month, in Yangon, the commercial capital. This year’s pandemic has made survival more challenging than ever for many of Myanmar’s people, with inequality deepening in what is still one of Asia’s poorest countries.

It now also risks greater isolation at a time when once-generous international aid donors often have pressing concerns closer to home. One exception is China, which is seeking to use Myanmar’s precipitous drop in reputation as a chance to consolidate its strategic partnership. The NLD might be reluctant to fully embrace Beijing, but it has fewer alternatives than before.

A path towards effective national renewal, of the type outlined so eloquently by Thant Myint-U in his recent book, The Hidden History of Burma: Race, Capitalism and the Crisis of Democracy in the 21st Century, looks improbable in the near term. There appears to be no appetite for shaking up the conversation about belonging, citizenship and identity to find an opening for the Rohingya to return, in large numbers, from across the border. Without accepting the need for bold policy change on the Rohingya, a new NLD-led government will find it must fund more of its economic and political priorities from its own limited resources.

In such a contested landscape, finding space for all of Myanmar’s voices, including the Rohingya, requires patient, creative and open-minded work, and such liberal ideas are not going to be rewarded by voters any time soon.

Indeed, the government’s ongoing attacks on journalists and anti-war campaigners appear to have barely dented its popularity. Understandably, the NLD is focused simply on winning the election and securing a new mandate that provides a patina of democratic legitimacy for its approach to national management. But longer-term acceptance of NLD rule, both internationally and domestically in the ethnic minority periphery, will require greater adherence to democratic and human rights norms.

In the short term, when the votes are counted after this election, NLD voices will again demand that the world accepts the local verdict on handling the Rohingya crisis. But the ICJ proceedings will continue to frustrate Myanmar’s efforts to rehabilitate its shattered reputation. Legal arguments are likely to roll on for years, providing frequent reminders that one million Rohingya are condemned to a vulnerable existence at the margins of Bangladeshi society.

This time around, with Aung San Suu Kyi and her sclerotic senior team committed to staying in charge, the election’s victors will wait in vain for any strong endorsement from leading democracies. The government’s treatment of the Rohingya is a dark shadow over any hopes for a fresh tick of approval.

Adam Simpson and Nicholas Farrelly are co-editors of Myanmar: Politics, Economy and Society, published this month by Routledge.