Share this
Related articles
2,400. That’s the number of jobs expected to be created on the Hunter Class frigate in Osborne. It’s also the name of the project (Project SEA 2400) which will see the new hydrographic vessel procured by the Navy. And finally, it’s the distance Terence Gawthorn travelled to make his career dreams come true.

Terence made the move from the Sunshine Coast to the Apple Isle. He then began a Bachelor of Engineering (Marine and OffshoreEngineering) with Honours at the University of Tasmania’s Australian Maritime College (AMC).

After Career Counsellor Natasha Purcell saw a Naval Shipbuilding College webinar, she decided to organise a viewing for her students.

It struck me as a unique industry,” Natasha explained. “I saw an opportunity to expand the students’ minds from what they traditionally saw as engineering – civil engineering, building bridges or roads for example. And the NSC webinar was easily accessible and could be watched on-demand, which really helped.

Terence couldn’t join the session, but he decided to watch the webinar in his own time. Afterwards, he realized he’d found his calling. Immediately after watching the webinar, he joined the NSC’s Workforce Register.

During his career conversation with Trish Voigt, one of NSC’s Candidate Engagement Consultants, she outlined three study options for Terence. These would combine his love of the ocean with his passion for design, construction and engineering.

After careful consideration, he chose AMC for their internationally acclaimed courses and facilities. 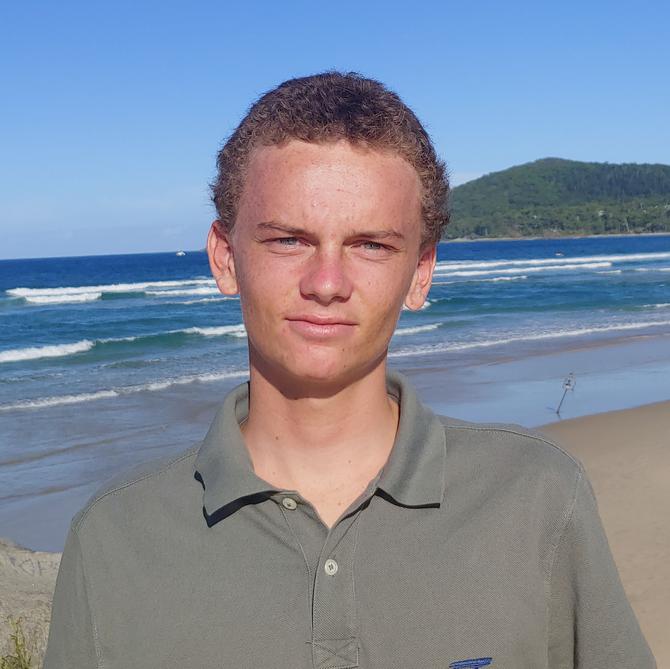 “The facilities and personalised interactions with lecturers are world class. Some of the facilities, such as the model test basin, towing tank and cavitation research laboratory, are one of only a few in the world”.

Terence hopes to secure a career as a naval architect once he graduates from the 5-year course.

"Aligning my future with Australia’s Naval Shipbuilding Industry ticks all the boxes."

I see myself working for a shipbuilding company designing vessels. I am passionate about having an impact on the world in a way in which people can find use in what I have created.

Terrence was invited back to his high school, Good Shepherd Lutheran in Noosaville, to talk to Year 11 students about his career move. There, he inspired others to be brave, bold and follow their dreams. Terence encourages all students to consider a career in naval shipbuilding.

“There are vast amounts of opportunities waiting for people in Australia’s Naval Shipbuilding Industry. There is also plenty of support for people undertaking studies in the maritime sector. And organisations such as the NSC are here to help you get there.”

If you or someone you know are interested in knowing more about the job opportunities in Australia’s Naval Shipbuilding Industry – from trades to PhDs – join NSC’s National Shipbuilding Workforce Register.

We can connect your with one of our Candidate Engagement Consultants for your confidential career conversation. Plus, we’ll help you find your pathway to your future shipbuilding career.

Learn more at www.navalshipbuildingcollege.com.au
Still wondering where to begin?