The role of surveyors and cartographers throughout history has often been far from peaceful.

The new Netflix series Shadow and Bone opens with cartographer Alina Starkov crammed into the back of a rumbling wagon, sketching a war-torn landscape. A flashback to her childhood in an orphanage shows her looking at a map of a conflict zone.

A guardian tells her, “keep a pencil in your hand, or else someone will put a rifle in it instead”. The cartographers of this fictional world are crucial to the military, just as they are in the real world. But there is also a sense that cartographers played a peaceful role in the army.

In reality, the role of surveyors and cartographers throughout history was often far from peaceful. It was their initial explorations that paved the way for destructive waves of colonising armies and civilians.

At each stage of mapping an area, clues are preserved about the priorities and prejudices of the person wielding the pencil, and those instructing them. Today, researchers can spot these clues and draw out the contextual history of the time.

Maps made it easier for the government back home to imagine the territory of a new colony, to claim to “know” and thus own it. Therefore, surveying expeditions into unknown lands were prioritised.

Some expeditions were huge, such as Lewis and Clark’s crossing of the United States. Others were small, such as James Meehan’s treks around the Derwent River in Van Diemen’s Land (Tasmania) between October 1803 and March 1804.

Meehan kept a daily log of measurements and happenings as he explored. Like many, he occasionally included sketches, probably trying to ward off boredom during the long evenings at camp.

We know through journal records that Meehan met some palawa (Tasmanian Aboriginal) people along the different routes, once firing on a group when he felt threatened. 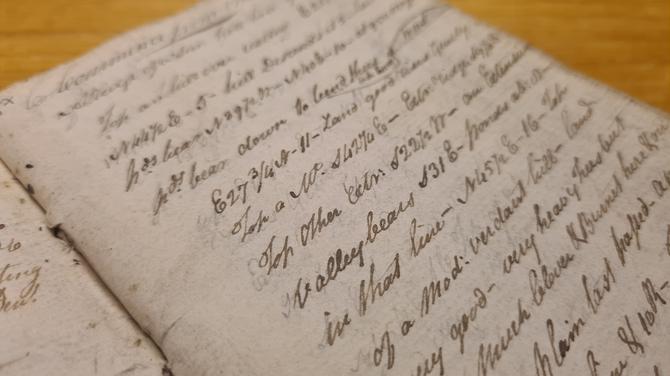 A page from Meehan’s journal of his explorations around Pittwater, near today’s Hobart Airport. Image: Tasmanian Archives

Meehan’s observations were then produced for their first external audience - the colonial government. It’s here we start to see the colony’s priorities.

Many of the map labels highlight the quality of the land in terms of potential for expansion and European-style agriculture. Meehan’s map of the Hobart area emphasises whether the land encountered was hilly or flat, covered with vegetation, or cleared pasture.

By the time Meehan drafted his “Plan of the Settlement at the River Derwent”, pictured above, the Europeans had moved from their initial camp at Risdon Cove to today’s site of Hobart. The Risdon settlement was considered a failure as the fresh water ran out and soldiers threatened mutiny, so Meehan omitted any reference to it beyond a small name label.

More importantly, he excluded any reference to any Indigenous people, despite having encountered them on more than one occasion.

Meehan was playing his part in cultivating the narrative of Van Diemen’s Land as a successful colony on an “empty” island that had been (supposedly) waiting for the Europeans to arrive. This was the same as the terra nullius narrative perpetuated by the British government regarding the mainland. 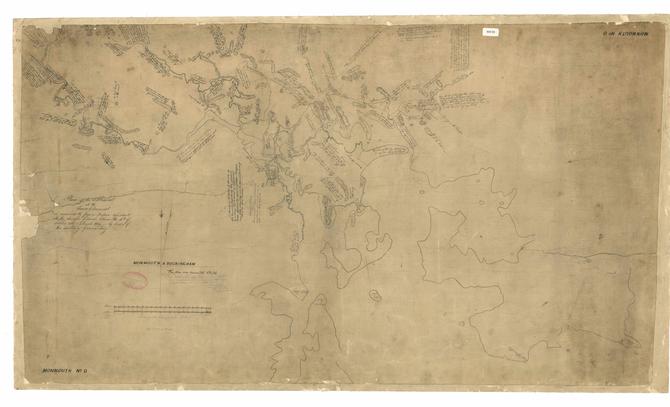 Plan of the Settlement at the River Derwent. Map by James Meehan, 1804. Image: Tasmanian Archives

Sometimes the map would be destined for wider circulation and would be refined with simple decorative features such as a key, north arrow, coloured inks and detailed illustrations of ships or gardens.

Aspirational elements were introduced, giving the viewer a sense of what the cartographer, landholder or government perceived as a desirable landscape. Phrases such as “unexplored country” would be used, or an area of blank space sparked the imagination with some promise of undiscovered wealth.

Both sketch maps and their more refined siblings were used by the ruling powers as working maps to track their increasing expansion over the land. By reading the scribbled annotations carefully, stories of changing land ownership, population growth and acts of violence become apparent.

Throughout the 18th and 19th centuries, geographers, engravers and others combined data from maps and reports to print single sheets and atlases they could sell at a range of prices.

These maps transported the reading public to remote locations and made them sound educated at the dinner table. Accuracy was not required for this, so mistakes were copied from one chart to another, and outdated information often circulated for decades.

Throughout the 17th and 18th centuries, explorers’ maps and reports sometimes included references to First Nations peoples or their significant sites. Abel Tasman observed the presence of palawa people in southern Tasmania. A century later, explorers in America named “native guides” in recognition of their invaluable assistance during cross-country expeditions.

But by the end of the 18th century, changing attitudes towards First Nations peoples started to see references to them disappear from maps of European colonies around the globe.

In 1804, Meehan omitted all mention of Tasmania’s palawa people from his Derwent River map. This is a reflection of emerging ideas of colonial superiority. The Europeans were increasingly reluctant to admit to needing help from Indigenous people, or even to admit there were other people already living on the lands.

So the next time you find yourself in front of a historic map, make sure you ask what details have been included, which have been excluded and — most importantly — why?