The administration of the Immigration Restriction Act was a huge bureaucratic exercise, creating tens of thousands of records that today reveal personal histories of life under the White Australia Policy. Two recent online projects are opening up the archives of White Australia and uncovering new stories along the way.

In 1919, the O’Hoy family of Bendigo gathered in Hong Kong to celebrate the birthday of patriarch Louey O’Hoy. Joining the celebrations were Louey O’Hoy himself; his wife, Ah Kit; their five Bendigo-born sons and one daughter; their sons’ wives; and their grandchildren. A formal portrait taken on the occasion shows the family lined up under an elaborate decorated banner celebrating Louey O’Hoy’s long and prosperous life. 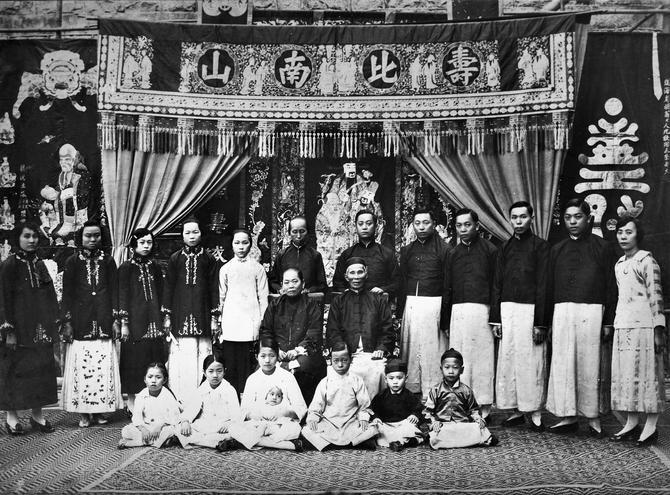 Some members of the O’Hoy family were living in Hong Kong at the time, but Louey O’Hoy and Ah Kit, together with daughter Mee Lan, son Fee, and his wife Alice, had made the journey to Hong Kong from Bendigo the previous year. They had travelled on a Japanese steamer, the Tango Maru, leaving Melbourne in July 1918. Before the family left Australia, they applied for papers that would allow them to return home without being made to sit the Dictation Test. These identity documents were called Certificates Exempting from the Dictation Test (CEDTs). 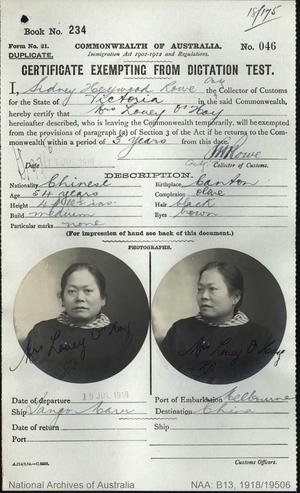 Today, the O’Hoy family’s 1918 CEDTs are held by the National Archives of Australia in Melbourne. They are but a handful of the tens of thousands of CEDTs (and their earlier equivalent, Certificates of Domicile) held by the National Archives in repositories around the country. Along with the certificates are application forms, letters, memorandums, photographs and registers that document both the administration of the Immigration Restriction Act and the experiences of the people whose lives it affected most profoundly.

Recently, members of the Chinese Australian Family Historians of Victoria (CAFHOV) developed a project to extract information about these lives from the remaining records. A key record that has survived in Victoria is three large registers that document CEDT applications between 1904 and 1959 (NAA: B6003). Copies of the actual CEDTs and applications related to them mostly survive in a large series of correspondence files created by the Collector of Customs in Melbourne (NAA: B13). When CAFHOV began thinking about what they might do, only 478 of the 20,207 files in the Customs correspondence series were digitised, while the CEDT registers were not digitised at all. 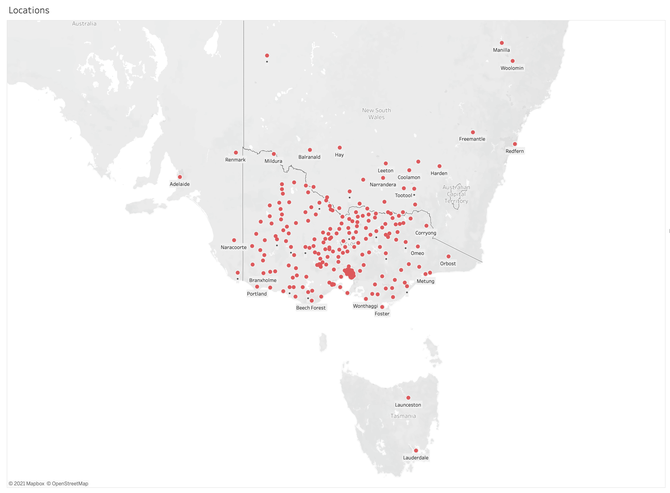 After gaining the support of the National Archives in Melbourne to photograph the CEDT registers, CAFHOV set out to create a searchable index of the three volumes. A transcription event was held at the Chinese Museum in Melbourne to launch the project, with 50 volunteers participating in person on the day and others transcribing online from around the country. After three weeks transcription was complete.

With funding from a Victorian Government Local History Grant, the transcribed data was built into an online database that allows people to search the contents of the registers – the Victorian CEDT Index. Along with the index, CAFHOV developed a website with information about the records, stories about people who were documented in the records, and a series of interactive data visualisations. One of the visualisations is a map, which shows the place of residence of people applying for CEDTs in Melbourne. As you might expect, most were resident in Victoria, but there were a few outliers, including those living in New South Wales, South Australia and Tasmania. 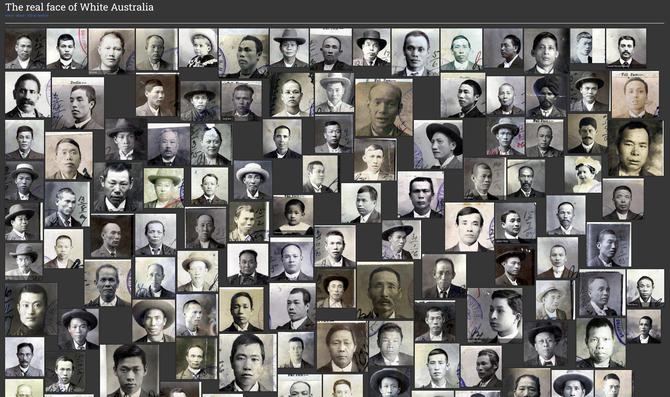 CAFHOV’s work with the Victorian CEDT Index has demonstrated how indexing and transcription can improve access to archival collections, enabling us to see new patterns and connections, and to reveal lives otherwise hidden.

A couple of years before the CAFHOV project began, in September 2017, portrait photos drawn from a selection of CEDTs from New South Wales were projected on the columns of King’s Hall in Old Parliament House in Canberra. In a place where discriminatory legislation was made that restricted their rights and limited their movements, images of people who lived under the weight of the White Australia Policy were made visible. The projections coincided with a ‘transcribe-a-thon’ weekend organised by digital historian Tim Sherratt with cultural heritage students from the University of Canberra. Over the course of that weekend, information from hundreds of CEDTs were transcribed – including names, places of birth, and details of travel. Dr Kate Bagnall is course coordinator of the Diploma of Family History at the University of Tasmania, and Dr Sophie Couchman is a historian, curator and founding member of the Chinese Australian Family Historians of Victoria (CAFHOV). Together they have worked on public history projects for over twenty years, including running the successful Chinese Australian Hometown Heritage Tour to Hong Kong and China in pre-COVID times.

The Diploma of Family History at the University of Tasmania is an online part-time course specialising in how to research, write, and creatively collate family history. Applications are now open. For more information, visit www.utas.edu.au/family-history.