There are three main barriers that stop students from choosing to study a language other than English. Dr Stephanie Clayton explains how we break down those obstacles.

Fewer students are choosing language electives at school but, contrary to popular perception, it isn’t purely a lack of interest causing the decline. My recent study suggests students want to study a language, but can’t.

Language electives continue to have the lowest enrolments compared to other subjects. In 2020, only 9.5% of Year 12 students were studying languages. This is the lowest figure in the last decade.

Learning another language is important in our globally connected world and has personal, societal and economic benefits. These include enhanced cognitive functions and cultural sensitivity. Language learners develop more of an understanding of the nature of language and communication and languages can improve employment opportunities.

I conducted an online survey with over 500 students from years 9 to 12, asking about their attitudes to school and learning languages. I found there are three main barriers stopping students from reaping the rewards of language study.

Not being able to study the language they preferred is a key barrier. Some 55% of students surveyed in my study said their school did not offer their desired language. One boy said, “I want to learn European languages but my school offers none”.

Students experience barriers from their school’s timetabling arrangements. One boy said he was unable to study French and Chinese because both subjects were scheduled at the same time. Another boy said, “I am interested in continuing with a second language but cannot fit it in around other subject choices”. This is because students often only have room for up to six subjects on their timetable. In Year 12, this can drop to four. 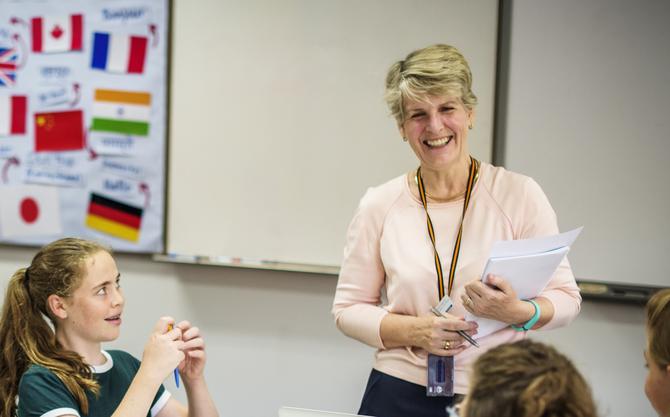 3. Languages are rarely a prerequisite for study

In senior year levels, students start thinking about what subjects they need for future study, which leads to students prioritising some subjects over others. Although interested in a language, other subjects are seen as more important for study and career pathways. “I probably would’ve done French, but I needed a science to be applicable for studying to be a pilot,” said one boy. One girl added, “a lot of people do not study a LOTE because other subjects, such as prerequisites, are more of a priority”.

How to get more students learning languages

To boost senior secondary language enrolments, languages need to be available and encouraged all the way from early learning to year 10 in order to build a pipeline of language students for senior year levels.

Ensuring students are familiar with language learning from an early age will set the foundation for them to continue with languages later.

Additionally, each state needs a language policy that requires schools to teach the recommended hours so students see a commitment to this subject area. The minimum recommended hours by the Australian Curriculum and Reporting Authority are 870 across Years 6-12. As this is a recommendation, these hours are not enforced and differ between states.

The most popular reasons for students doing a language are:

Parents and teachers should emphasise these aspects if they want to ensure their children and students reap the benefits of language learning.

This article was originally published in The Conversation.