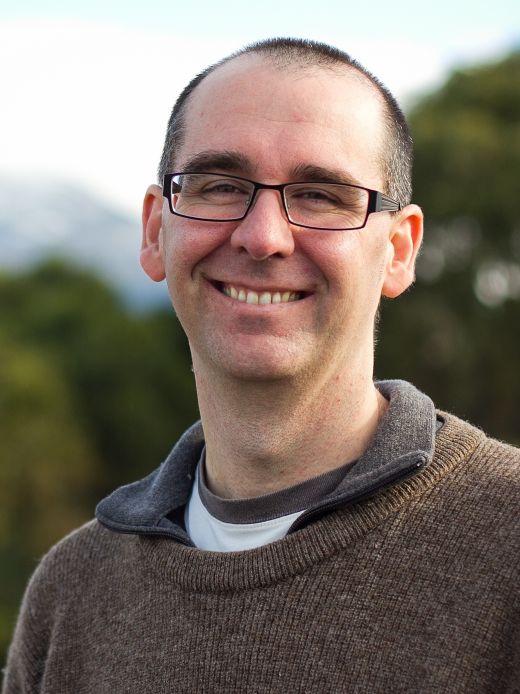 A/Prof. Michael Breadmore is an Australian Research Council QEII fellow in the Australian Centre for Research on Separation Science (ACROSS) at the School of Chemistry, University of Tasmania.

Growing up in the small seaside town of Bridport in the 80’s gave me ample opportunity to see that I didn’t want to work 7 days a week, 363 days a year running a small supermarket like my parents. Nor did I have a natural affinity for the land, so the obvious opportunities of farming and forestry held very little appeal. I loved fishing and being in the water, but my stomach certainly did not have the constitution to become a full time fisherman. At the beginning of high school I thought I would be a marine biologist, at the end of high school it was business and computers, and when I started at UTAS I enrolled in Science/Law thinking that perhaps a lawyer was what I should be. But in the end, I have ended up as a chemist, an analytical chemist in fact, and through my chemistry I have had the wonderful experience of not only doing what I like, but doing that around the world.

While I may not have had much of an idea about what I would eventually do, I always knew that I would go to University and the one thing that was never really in doubt was that I would do it at UTAS, and did not apply to any other institution. I knew that UTAS was a University after all and that meant it had to meet certain standards, and given I had been educated at Bridport Primary, Scottsdale High and Launceston College, I was under no misconception that UTAS would serve me well. Just how well I didn’t quite realise at the time, but I have since come to know that UTAS is a truly excellent University that serves Tasmania and Australia exceptionally well.

Starting out with Science/Law, I very quickly realised that it was chemistry that was my passion. This led to some degree of frustration in my second and third years as an undergraduate where I really only wanted to do chemistry, but had to do other disciplines (in my case, physics and maths) because of the broad general degree structure, something I now understand to be exceptionally important in producing capable and adaptable graduates. It wasn’t until my final year as an undergraduate student where we were given the daunting task of picking a chemical at random, trolling through the past 100 years of chemical literature to find a an appropriate chemical reaction using that chemical, and then performing that reaction in the laboratory that my future in chemistry as a research scientist became glaringly obvious to me, which I now find mildly amusing given that my Grade 10 Science Teacher (Mr Neville Bean, a former UTAS graduate, and one of the most outstanding teachers that I had the privilege to be taught by) recognised my future way back then. This of course led to a PhD in chemistry at UTAS, which provided me with an opportunity to undertake internationally leading science equal to the best institutions around the world, a fact I was later to realise more fully during my postdoctoral positions in the USA (University of Virginia) and Switzerland (University of Bern) and my foray into the world of startups at Imperial College London. During this time I worked alongside graduates from unarguably some of the best universities around the world including Oxford, Cambridge, Imperial College and MIT, and while initially sceptical of the value of my degree compared to renowned institutions such as these, I quickly came to see that my education was every bit the equivalent of theirs.

Why is UTAS so good? I ask myself that today and I believe that it is the people associated with UTAS and the way in which they interact with the community that is the key. At every point throughout my education, in almost every class, I was taught by a former graduate or employee of UTAS. These people had a passion for teaching, a willingness to share their knowledge and experiences and had chosen to do this in Tasmania. For what they have given me, I will be forever thankful.

Like many others, I am a proud Tasmanian. I am proud to have been educated here. UTAS was not my second choice; it was and still is my first. I am privileged to have the opportunity to work at UTAS and to be one of the threads that make up the fabric of the UTAS tapestry.