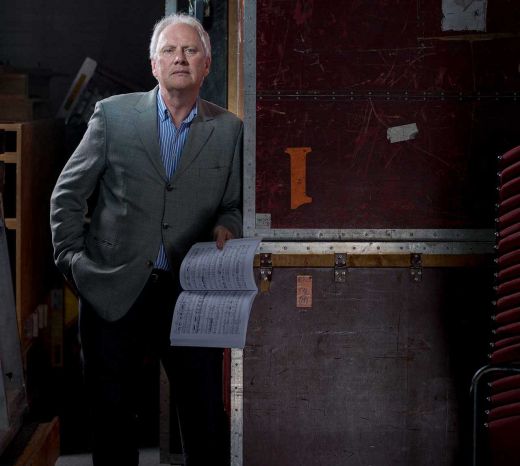 We are very proud of the achievements and contributions of our alumni community and congratulate the following recipients of this year’s Queen’s Birthday Honours:

Ms Bethlyn Blackwood AM (BA 1974, DipEd 1986) has contributed significant service to secondary education and to youth. She is Chief Executive Officer of the Association of Heads of Independent Schools of Australia (AHISA), spent 30 years as a teacher of history and psychology, and 19 years as Principal of Presbyterian Ladies' College in Perth, Western Australia.

Commander Robert Blackwood APM (BSocScPoliceStudies 2013, GradCertPoliceSt 2014) has been recognised with an Australian Police Medal. Commander Blackwood joined Tasmania Police as a recruit in 1998. Over the course of his career, he has worked across a range of policing areas including uniform, criminal investigation, strategy and support, as well as education and training.

Mr Trevor Carroll OAM (BEd 1977, MEd 1985) has been recognised for service to people with disability. He is Chief Executive Officer at Disability Justice Australia and is passionate about protecting and enhancing the human rights of people with disabilities through individual, legal and systemic advocacy.

Distinguished Professor Michelle Craske AO (BA Hons 1981) has been honoured for distinguished service to psychology, particularly the study of anxiety and depression, and to tertiary education. Professor Craske since studied psychology at the University of Tasmania and received a Commonwealth Scholarship to study in Canada. She has published extensively in her field and is Professor of Psychology, Psychiatry and Biobehavioral Sciences, among other roles, at the University of California (UCLA).

Ms Jennifer Gale PSM (DipTeach 1977, BEd 1978) exhibited outstanding public service during the COVID-19 pandemic. She demonstrated exemplary leadership and made an extraordinary contribution to keeping Tasmanians safe from COVID-19 during an unprecedented and challenging two years, and continues to do so.

Mr Todd Harper AM (BEc 1987) is CEO of Cancer Council of Victoria and has provided significant service to cancer support programs and to medical governance. He has over 25 years’ experience in public health advocacy and implementation, and is a Board Director and former President of the Noncommunicable Diseases (NCD) Alliance based in Geneva.

Professor Marnie Hughes-Warrington AO (BEd Hons 1992) has provided distinguished service to tertiary education and governance as an administrator, leader and mentor. Professor Hughes-Warrington was a Rhodes Scholar and is Deputy Vice-Chancellor, Research and Enterprise at the University of South Australia. She received the Prime Minister’s Award for University Teacher of the Year in 2008, and the University of Tasmania Foundation Graduate Award in 2013.

Inspector James Semmens APM (Cert Marine Ops 1996, B Tech (Marine Eng) 1997, BAProfHons (Specialisation) 2018) has received an Australian Police Medal. Inspector Semmens received Australian Maritime College (AMC) qualifications in addition to his Bachelor of Arts. He joined Tasmania Police as a cadet in 2000 and has worked in a variety of frontline operational roles. He has worked in the COVID-19 Coordination Centre.

Mr Nicholas Heyward AM (BA Hons 1978) has contributed significant service to the arts and to orchestra leadership. He is Chair of the National Trust Tasmania, and was Managing Director of the Tasmanian Symphony Orchestra, CEO of the Adelaide Festival of Arts, and CEO of the Brisbane Biennial International Music Festival, among other roles. He was a Distinguished Alumni Award recipient in 2018.

We would also like to make special mention of Ms Julie Read (LLB 1981, GradDipLib 1985) who received a Queen’s Service Order (QSO) in New Zealand for services to the State. Julie was the first woman appointed as Director and Chief Executive of the Serious Fraud Office and held the role until 2022, providing strong leadership to fight corruption.