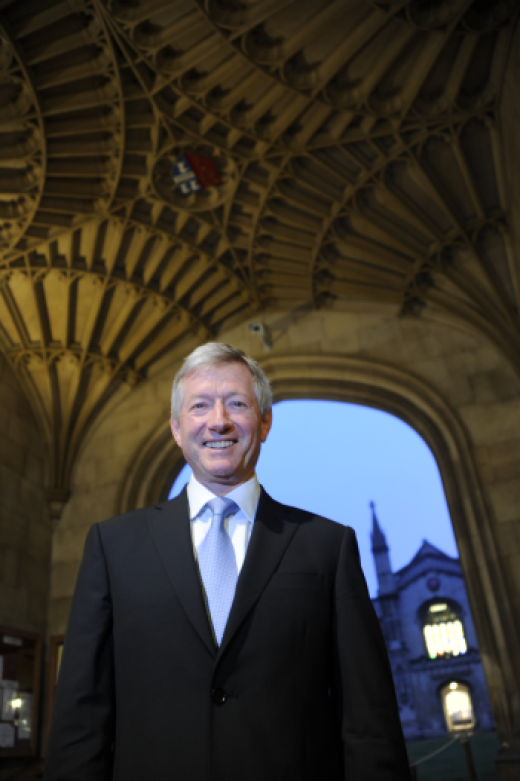 University of Tasmania alumnus Tim Walker AM (BA Hons 1976, DipEd 1977) has been honoured by the Queen with a Commander of the Order of the British Empire (CBE) recognising Service to the Arts and to Music.

Mr Walker has been the Chief Executive and Artistic Director of the London Philharmonic Orchestra (LPO), one of the world's finest symphony orchestras, since 2002.

He has worked on many high-profile projects, including the London Olympics, the soundtrack to The Hobbit and the 800th anniversary of Magna Carta.

In addition, he has been a consultant to the Australian Ballet, the Australian Festival of Chamber Music, the Tasmanian Symphony Orchestra, the Sydney Conservatorium of Music and the Orquestra Sinfônica do Estado de São Paulo.

The Australian classical music website Limelight quoted Mr Walker as saying he was “deeply honoured” to receive the award.

“I would like to take this opportunity to thank the players of the London Philharmonic Orchestra, its staff and many supporters and audiences around the world. The players are the heart and soul of this great orchestra and I would like to think this is a shared honour with them,” he said.

Victoria Robey, OBE, Chairman of the LPO, was quoted as saying that Mr Walker had led the orchestra with great originality, flair and passion, ensuring it remained at the forefront of UK cultural life with "inspiring, inclusive programming, highest artistic standards and thoughtfully developed work with tens of thousands of people in our local and broader communities".