From Hobart to the world stage 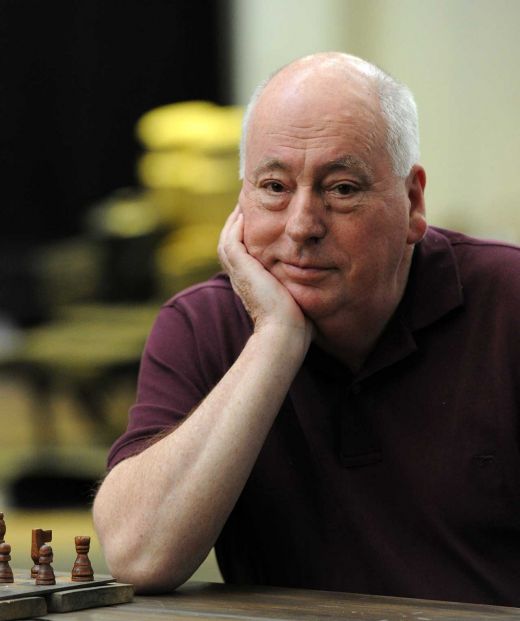 From directing Foxtel’s worldwide phenomenon Wentworth to plays, musicals and operas, there are few Australian directors with the career breadth of alumnus Roger Hodgman (BA Hons 1971).

The acclaimed director has worked on over 100 plays as well as television dramas including AFI nominated The Secret Life of Us, TV Matchbox Pictures’ production Mustangs and ABC TV’s Stepfather of the Bride, which won best telemovie at the Chicago Film Festival.

He has directed musicals such as Fiddler on the Roof and the award-winning Dirty Rotten Scoundrels, along with opera – most recently, Victorian Opera’s The Who’s Tommy, which has been postponed until February because of Covid.

Roger Hodgman also counts himself lucky to have made the transition from a successful career internationally to one back home, and enjoys the excitement of working in new artforms.

“I thought I didn’t like Wagner, but working on Parsifal recently was one of the most amazing experiences of my life,” he said.

“I love the variety.” In answer to the question of how he manages to move between artforms, he says, “It doesn’t feel different … one form feeds the other quite well. We’re telling stories, and that’s what I like doing, telling stories.”

Hodgman says working in television has meant that he has become “more and more excited by the visual elements, and I think that has made me a better theatre director”.

“It is one of the few times we have got to work together recently,” he said.

Hodgman’s theatrical career saw him collaborate with American playwright Tennessee Williams for two shows: The Red Devil Battery Sign and an adaptation of Chekhov’s The Seagull.

“He trusted me to cut one third of the play,” Hodgman said of The Red Devil Battery Sign. “It was an extraordinary theatrical event that completely divided the audience.”

Hodgman has taught acting in London, been Artistic Director of the Melbourne Theatre Company (MTC), Dean of Drama at the Victorian College of the Arts, and Artistic Director of the Vancouver Playhouse. While at MTC, Hodgman received two Green Room Awards for Best Director as well as the Sydney Critics’ Award for Best Musical Production. He subsequently won a Green Room Award for his direction of The Flying Dutchman and a Helpmann Award for his direction of the musical Grey Gardens.

Hobart born, Hodgman has in recent years bought a property in southern Tasmania where he has been spending time when not working on productions on the mainland.

“Pamela fell in love with Tasmania, and I found a new fascination with it,” he said.

Hodgman worked in his early career for the Old Nick Company at the University and at Hobart’s Theatre Royal as a stage manager, occasionally as an actor and then as a director.

“It was an amazing chance for someone my age. You get opportunities you wouldn’t necessarily get in bigger cities. I think I was very lucky like that,” he said.

After graduating from University, it was a toss-up between a directing course at NIDA or a job with the ABC. He decided on the ABC and, among other projects, was involved in a program called Line Up, a pilot for the highly successful This Day Tonight, which became The 7.30 Report.

“Tasmania was an insular place when I left, and I didn’t quite realise how beautiful it was.”

“It’s such an interesting place now,” he said, speaking of the ‘MONA effect’ and David Walsh’s transformation of Hobart, along with patrons of the arts such as Penny Clive, Hodgman’s cousin.

“I think David Walsh and his festivals have proven that contemporary art is accessible to people if they go, and by making it free, they do go.”

Hodgman believes the experience Tasmanian children are getting with their exposure to edgy, avant-garde art shouldn’t be taken for granted, predicting it will have a “great effect”.

From working on Shakespeare in Vancouver to internationally-touring operas and blockbuster television dramas, Hodgman is now working as a consultant director on a new ABC TV children’s series incorporating puppets and animation.

Hodgman graduated with Honours from a Bachelor of Arts in English, Political Science and History and is an advocate of liberal arts degrees, which he says teach you to “think and analyse”.

“It was a very interesting time,” he said of University in the early sixties. “People would recite contemporary American poetry at parties.”

For a state of Tasmania’s size, Hodgman believes we punch above our weight.

“When I became head of the Melbourne Theatre Company, Graeme Murphy was running the Sydney Dance Theatre, Stuart Challender (HonDLitt 1991) was Chief Conductor of the Sydney Symphony, John Clarke (BA Hons 1954, MA 1956, HonDLitt 2003) was Director of NIDA and Peter Sculthorpe (HonLLD 1980) was regarded as the greatest composer in the country – all of us from Tasmania and from more or less the same decade.

Tasmania could become a really important creative hub, a “specialised cultural hub”, a mecca for writers and visual artists, Hodgman believes. He concedes it’s harder for performing artists, although knows several people who have recently made the move.

“It has already begun,” he said.