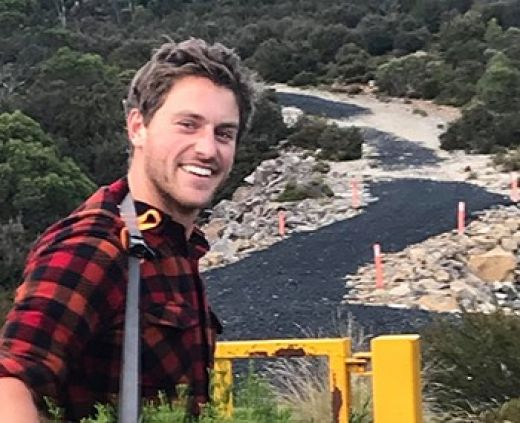 The Westpac Future Leaders Scholarship supports ambitious individuals to expand their thinking and build confidence to find innovative ways to help create a better Australia. Valued at up to $120,000 over three years, the scholarship includes a nine-month bespoke Leadership Development Program, opportunities to gain global experience, and access to extensive networks through the Westpac 100 Scholars Network.

Applications for the 2021 Westpac Future Leaders Scholarship are now open.

Like so many Tasmanians, alumnus Ben French (BSc Hons 2014, DipPhil 2016) spent much of his youth exploring the wilderness.

It was while bushwalking that he first encountered pencil pines, an iconic alpine conifer belonging to an ancient lineage which was widespread across Gondwana millions of years ago when Australia, Antarctica and South America were a supercontinent.

The trees, which can endure for more than one thousand years, still survive in some alpine areas of Tasmania.

Despite their longevity, there is a chink in their ancient armour - they are easily killed by fire, which is a growing threat as the climate warms.

Ben, now a fire ecologist, who is completing his PhD at the University of Tasmania, is working with a team who are trying to ensure their survival.

“Unfortunately, we are now increasingly getting fires that are pushing into those alpine areas,” he said.

“In 2016 a fire in the Mersey Valley burned a part of the Central Plateau around Lake Mackenzie and killed many of these slow growing ancient trees.”

Ben is working on a project funded by the Department of Primary Industries Park Water and Environment (DPIPWE) to establish the most effective way of restoring Pencil Pines after a fire.

He is also undertaking experiments in the Tasmanian Midlands to understand how fire and herbivory (animals eating vegetation) interact. This involves a unique collaboration with a major Midlands landholder, Julian von Bibra, who owns Beaufront, and the Tasmanian Aboriginal Centre (TAC) who have been undertaking burning on the property.

This experiment aims to work out how patterns of burning and interactions between fire and herbivores can reduce the risk of fires and their impact on biodiversity.

“The Midlands have historically been a very important landscape to the Tasmanian Aboriginal Community and this project enabled them to exercise fire management there for the first time in a long time.”

Ben believes Aboriginal burning practices will have an important role to play in fuel management as the climate changes.

He said fire played an important role in a web of ecological interactions.

“Often when you burn you get this flush of growth, it’s green and nutritious and attracts herbivores.

“There’s an idea that with particular patterns of burning, you might be able to recouple fire and herbivores to manage fuel loads and vegetation to achieve conservation outcomes.”

While Tasmania is Ben’s natural laboratory, his research findings will invariably have broad national and international implications.

“Tassie is an amazing place to study ecology because, unlike a lot of other parts of the country, you’ve got this whole array of different ecosystems and different gradients of rainfall, topography and geology that all exists within this tiny little island that we get to call home,” Ben said.

“Within a few hours’ drive of the University in Hobart you’ve got access to an amazing diversity of vegetation types.

“It allows you to do ecological comparisons like studying the effects of fire in the dry Midlands, which are similar to the other parts of south east Australia, and see similar processes operating nearby in an ancient Gondwana landscape. They’re both close by, but at spectacularly different ends of the environmental gradient.”

Ben’s research has been supported by the $120,000 Westpac Future Leaders Scholarship. He describes the experience, which included a bespoke leadership program, as empowering.

“It’s a vote of confidence in your ideas, your goals and in you as an individual who can make change.”

You can read more about the impact of the scholarship on his studies and fellow Westpac Scholars alumnae Matilda Brown (BSc Hons 2017) and Madeleine Way (BAgrSc Hons 2016).