Lockdowns were life-saving for all creatures great and small 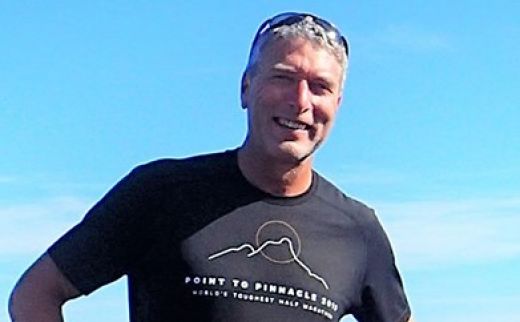 DRIVING to work can be mundane, but Dr Michael Driessen has found a most unusual way of passing the time during his daily commute—counting the number of animals who have lost their lives on the road.

It may sound a little strange, but his findings provide a unique insight into the impact of traffic volume on wildlife that will help shape conservation strategies to protect vulnerable species.

Dr Drieseen’s roadkill count involves regularly recording the number and type of dead animals on the sides of the road along one stretch of road in southern Tasmania.

The honorary researcher in the School of Geography, Planning, and Spatial Sciences, is interested in documenting and investigating long-term changes in wildlife populations, the factors that affect these changes, and in reducing the roadkill toll.

“Wildlife deaths caused by collisions with vehicles on roads (also known as roadkill) are a significant issue for wildlife welfare and conservation, as well as for human welfare and vehicle damage,” Dr Driessen said.

When the global pandemic was declared in early 2020, leading to lockdowns and reduced traffic volume, his scientific survey took on an added dimension.

“The COVID-19 restrictions in 2020 provided a rare opportunity to better understand the impact of human activity on wildlife,” he said.

“It’s unusual that you would be able to measure the impact of reduced traffic volume on one road, especially a major highway.”

Restrictions on human activity to control the spread of the virus led to reports of animals in urban areas. In Italy, porcupines were found in increasing numbers in urban areas, and plovers built more nests in areas of a beach usually inhabited by humans.

The results from the past five years of Dr Driessen’s survey and ensuing research, published recently in the journal Biological Conservation, found the public health restrictions in 2020 provided a brief respite from the wildlife roadkill toll.

Dr Driessen, who is a zoologist with the Department of Primary Industries, Parks, Water and Environment, obtained key dates for COVID-19 restrictions and traffic volume across the four lanes of the highway.

“I compared traffic volume and wildlife roadkill data along 18 km of highway before, during and after a 3-month period of COVID-19 restrictions in 2020 with baseline data from the previous four years,” Dr Driessen said.

In April 2020, when human activity was most restricted in the study area, traffic volume decreased by 36 per cent, leading to an almost 50 per cent reduction in wildlife fatalities (from 44 to 23 fatalities).

“However, when restrictions eased, traffic volume and wildlife roadkill returned to baseline levels, indicating that the respite was brief in terms of animal welfare and of limited conservation value for these widespread and abundant species.”

The research could help efforts to conserve or reintroduce animals, particularly in areas where the populations are localised and have a small distribution.

“If you are trying to re-establish a population, such as the Tasmanian devils, or reintroduce a species like bandicoots on the mainland, if you don't take into account traffic volume, you may lose half your release population to roadkill.”

“The results of this study suggest that even short periods of traffic or speed reductions, or short-term road closures, could be used as part of a management strategy for the conservation of endangered wildlife populations and re-wildling programs where roadkill is a risk factor.”

Dr Driessen said there are a couple of things that all motorists could do to reduce the wildlife death toll on the roads, reduce damage to their vehicles and prevent injuries or loss of life.

“You can reassess your need to travel at night, especially where roadkill is a risk, and, if you do need to drive at night, then reduce your speed, which has been shown to be an effective measure to reduce roadkill.”