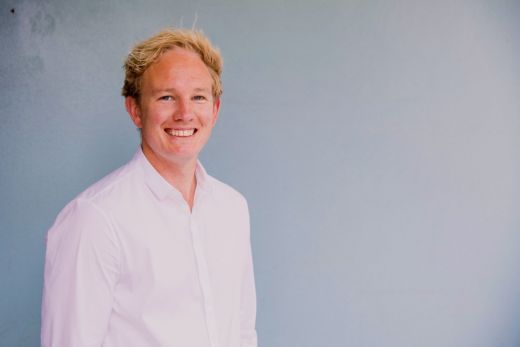 Architectural excellence by University of Tasmania alumni was on display at the island’s annual award ceremony.

The Tasmanian Architecture Awards 2021 featured a swathe of outstanding projects by graduates from the School of Architecture and Design, including a floating sauna, a cellar door and winery, and a new visitor centre at Cradle Mountain.

Cumulus Studio, which has four alumni directors, received several awards for the Cradle Mountain visitor centre, including the Colorbond Award for Steel Architecture, the Alan C Walker Award and the Dirk Bolt Award.

The design was commended by the jury for being both iconic and responsive to the site.

Cumulus was also recognised with a Commercial Architecture Chapter Award for Stoney Rise Wine, a cellar door and winery in the Tamar Valley.

Situated on an old tin mine in the North East of Tasmania, the scenic sauna was described by the jury as visually iconic and an intriguing example of the future of sustainable tourism development in the region.

“It’s timely that this year’s awards have highlighted some of the exemplar new tourism buildings in Tasmania,” she said.

“As domestic tourism opens across the country, Tasmanian architecture is truly bringing its ‘A game’ and helping to show off our state.

“These projects enhance the natural landscape and add to a rich tourism experience.”

“Their energy and passion for the work they create, and the people that they work with and for, is inspiring,” Mr Rosevear said.

“Caring and generous, their combined skill, knowledge, and humour has allowed their practice to thrive.”