Powering the future with Green Hydrogen 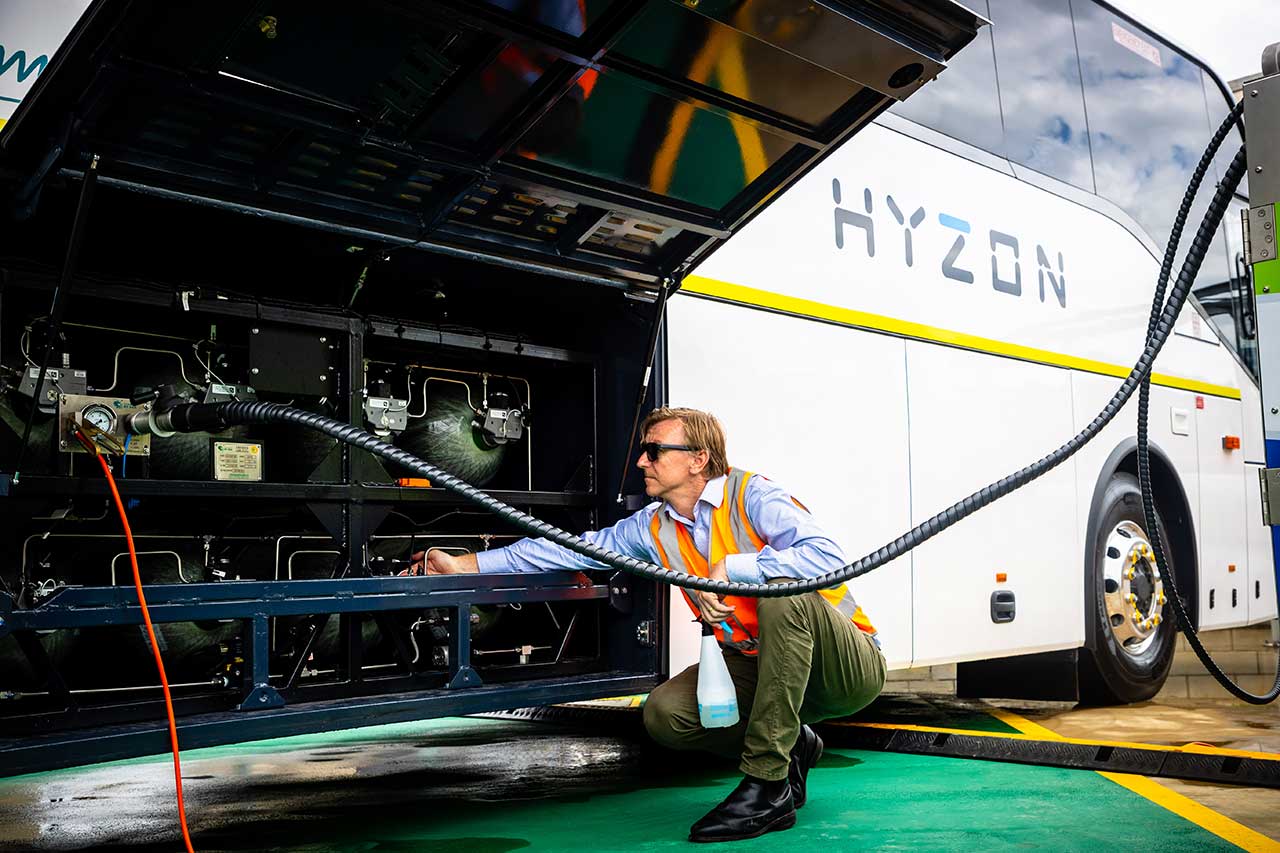 Never in a million years did Perth-born Dr Jeremy Harris (GradDipASOS Hons 1991, PhD 1997) think he would go from a PhD in meteorology and ocean circulation to heading-up a company focused on driving change in the energy sector.

But it is not such a puzzling career progression when you think about it. Using applied maths to model ocean circulation is, at its core, the same maths that can be applied to understanding engineering problems or financial markets.

“Don’t be afraid of maths when looking at finding practical solutions to a problem,” Jeremy says.

And there is no doubt the world’s energy sector is calling for innovative solutions to phasing out fossil fuels. For Jeremy, one of the solutions lies with Hydrogen, specifically Green Hydrogen, something Tasmania is particularly well placed to produce.

Green Hydrogen is produced by splitting water with electricity, via electrolysis, using power from renewable energy sources, such as hydroelectricity, wind and solar. Significantly, it produces no greenhouse emissions. Tasmania leads Australia in reaching net-zero emissions, thanks largely to its use of renewables. Indeed, it is one of the only jurisdictions in the world to go from carbon neutral to carbon negative, acting as a sink or store of carbon. So where does Green Hydrogen fit in?

In several potential ways, according to Jeremy, who did his postdoctorate at Massachusetts Institute of Technology (MIT) in Boston and went on to have a career at Shell for two decades. He started work in the Netherlands as a reservoir engineer, before becoming a refinery economist, then working in oil trading in the North Sea, before moving back to Shell Australia as an economic modeller.

He describes himself as an applied mathematician, who “looks at a problem and, if it needs financial modelling or physical modelling, I try to give it a simple and applied answer”.

“Arcing back to my climate modelling, the writing was on the wall for moving to a net-zero carbon world. I started to think about what the transition was going to require, and what the future would look like,” Jeremy says.

Initially, his conclusion was that, “Hydrogen, in some way, shape or form, was going to be the diesel equivalent of the current world.”

A career move into renewables only strengthened and broadened Jeremy’s view of Hydrogen’s application in the Australian and global economies.

“In terms of energy storage, it could enable a higher penetration of renewables; it was a theoretically easy substitution for natural gas; as well as being quite applicable to the heavy transport world – so its versatility in terms of application made it attractive.”

But not all parts of the Hydrogen equation are equally ready to hit the ground running. Research and development, training and investment are needed.

“The Hydrogen business is at the same point in the development curve as solar and wind farm industries 15-20 years ago,” Jeremy says.

An area where there is a clear incentive for trialling Hydrogen immediately is, as Jeremy first suspected, as a diesel replacement for heavy machinery such as trucks and buses. This is a current focus of work at 123V, the company Jeremy directs and founded, along with a team that includes Engineering alumnus Cranston Polson (BE2000, MEngSc 2003).

The team has projects around the country, including a pilot project in Tasmania with several large vehicles soon to be running on Hydrogen.

123V is also involved in an Australian Research Council (ARC) project that includes the University of Tasmania, which is looking at integrating electrolysers, which drive the process of splitting water to create Hydrogen, into electricity grids. This will inform the infrastructure needs of Hydrogen projects at a small scale and help build community support before the operation is expanded.

Ultimately the projects Jeremy is keen to develop will include not just the manufacture of Hydrogen, but its storage (Hydrogen can be used as a replacement to batteries, storing the excess renewable energy produced at times of high supply), as well as delivery and end use.

Cranston agrees there is enormous potential for Hydrogen as an energy carrier both for the transport industry and the health of the planet. Like Jeremy, he sees immediate application in transport, such as the Hydrogen bus planned for use by Metro in Tasmania, which he also sees as being an ideal training ground for students.

“I grew up fixing things, so I was always going to be someone who worked with their hands. An avid passion for cars married perfectly with this need to tinker, and so my career in Mechanical Engineering was born.”

Cranston, who was raised on Tasmania’s west coast, says his Engineering degree was extremely hands on.

“It was old-school stuff, the nitty-gritty that helps you understand what is behind how something works. One of our professors made us design an aeroplane wing in an exam.

“Following the completion of a Masters in Artificial Intelligence, I found myself travelling the world, applying my skills to race car tuning. It was in Vancouver, Canada, that I was introduced to Hydrogen and its potential as a transportation fuel,” he says.

In 2009, Cranston founded H2H Energy, an energy company with a current focus on engineering design and hydrogen refuelling station manufacture, along with day-to-day operation and maintenance of hydrogen production, delivery and refuelling equipment. He has also set up a company, H2H Advantage, training people for the new industry.

“I believe Hydrogen facilitates an extremely broad array of solutions for decarbonising energy, from micro- to multi-megawatt fuel cells, heating, cooking and transport, Hydrogen can cover the full gamut – and do it sustainably!” Cranston says.

“The future of clean energy is dependent on mass adoption and that is reliant on the ability of teams like ours to build, and put into practice, tangible solutions now, so we can all push forward with Hydrogen sooner rather than later, and reduce our carbon footprint.

“Not many places have the combination of Hydro and wind resources that Tasmania has,” Cranston says.

“The renewable infrastructure is in place and the industry is set to expand – it’s a huge opportunity for Tasmania.”