Prosecuting positivity in memory of an outstanding alumnus 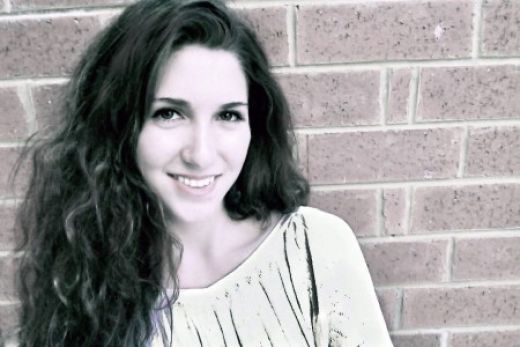 Taylor Bachand wakes up each day feeling grateful for the opportunity of a lifetime- being part of a collective effort to address some of the gravest crimes known to humanity.

The University of Tasmania alumna (LLB 2019) also feels honoured to be contributing to the legacy of a young Tasmanian law scholar, alumnus Tim Hawkins, whose life was tragically cut short in the Bali bombings in 2002.

Tim had graduated from the University of Tasmania with 1st class honours in Law several years earlier and his death, at just 28 years of age, was a devastating loss.

The Hawkins Family and the University established a fund to which government, friends and colleagues of Tim contributed. It supports the annual award of the Tim Hawkins Memorial Scholarship.

Taylor is the 2020 recipient of the scholarship. In January, she took up her position as Legal Assistant to the Special Adviser on War Crimes in the Prosecutor’s Office at the International Criminal Court in The Hague.

Taylor’s educational odyssey has been a truly global one. The Canadian born scholar said her father insists that he always knew she was destined to be a lawyer.

“Apparently I have been arguing with him all my life,” she said.

“For me, the decision to study law took time.

“I found myself writing about some famous trials – Gustave Flaubert’s obscenity charges and the legal proceedings following the Haymarket Affair. I would also do old The Law School Admission Test (LSAT) questions to keep my brain sharp while writing.

“It slowly came into focus that this was something I was genuinely interested in pursuing.”

Taylor came to Hobart to study at the University of Tasmania on exchange during her English Literature degree.

“I had an incredible time – I felt a real connection with Tasmania, and I fell in love with a particular Hobartian.

“When I was back in Canada, finishing my English Literature degree and considering applying to Law School, he suggested I return to Hobart. It was a daunting decision to make for so many reasons, but it worked out better than I could have imagined.”

The Scholarship enables the recipient to act as the legal assistant to Professor Tim McCormack who is the Special Adviser on War Crimes to the Prosecutor of the International Criminal Court.

Professor McCormack, who is also instrumental in managing the Tim Hawkins Memorial Scholarship for the Law School, said Taylor “was one of our best students in the 2019 graduating cohort.”

In addition to outstanding academic results, he said Taylor was editor of the University of Tasmania Law Review, administrator of the Clinical Legal Practice Course and a contributor to the intellectual life of the Law School.

“I have a great deal of pride in my alma mater, most importantly because of the people who supported me during my time there,” Taylor said.

“I wouldn’t be here if it wasn’t for the passion and dedication of those around me.”

Becoming the 16th recipient of the Tim Hawkins Memorial Scholarship has been an extraordinary experience.

“It’s an honour to be part of the legacy of someone who was held in such high regard by his community,” Taylor said.

“When I was applying for this scholarship, I read some of the memorial articles about Tim, and it’s clear that he was a person who had a profoundly positive effect on those around him.

“I know that those close to Tim hoped that this scholarship would allow something positive to come from the tragedy, and they have succeeded.”

While the global pandemic has meant she is now continuing her work for the Court remotely from Canada, she was still able to spend several intense months in the Netherlands.

“I wake up every day with the goal of making the most of this opportunity.”

“When the Court was open, I went everyday trying to be a sponge – taking in as much as I could. I was surrounded by so many brilliant, dedicated, conscientious people. I think I learned something new every hour.

“We all are currently trying to navigate working remotely. It’s been an evolving process, but I’m certainly aiming to return to The Hague once things are on a more even keel.”

“I am sure that she will enhance the reputation which Tim Hawkins Scholars have built up over the years and the esteem in which the University of Tasmania and its Law School are held in The Hague.”