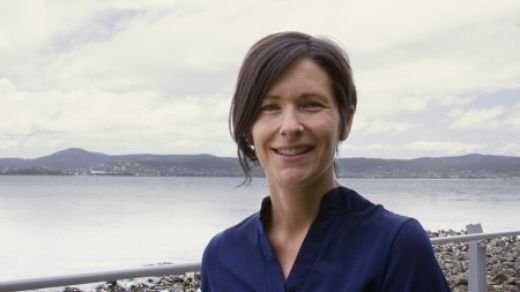 Volcanic eruptions have long been a source of fascination, but most of this spectacular activity occurs out of sight of scientists, deep in the ocean.

Underwater eruptions would, if they occurred on land, cause massive volcanic plumes.

These dynamic natural events provide an important source of heat in parts of the ocean where there is no light.

Our knowledge of these processes is still developing. To date, less than a handful of these submarine eruptions have been witnessed by humans.

One of the scientists who is helping to unravel the mysteries of these eruptions and hydrothermal processes on land and the seafloor, is University of Tasmania volcanologist and alumna Dr Rebecca Carey (BSc Hons 2003).

She is interested in understanding how volcanos operate underwater and the impact of fluxes of volcanic heat and chemicals on ocean processes.

Dr Carey’s exceptional contributions to earth sciences were this month recognised by the Australian Academy of Science when she was awarded the 2020 Dorothy Hill Medal.

One of her most notable research projects was studying an eruption at the underwater volcano Havre Seamount in the South-West Pacific Ocean in 2012.

A passing airline passenger spotted the only visible clue: an enormous floating raft of pumice. Scientists needed to know more, so Dr Carey led an expedition to the site.

“If that event of the same magnitude had happened on land, it would have produced a massive volcanic plume that reached heights of up to 30 kilometres,” Dr Carey said.

The team deployed two underwater vehicles. One was pre-programmed to follow a set route, measuring water chemistry while taking photos. The other, called “Jason” was controlled from the research ship and was used to collect samples from the seafloor.

Dr Carey’s research revealed that magma from the site didn’t erupt like it does in land-based volcanoes.

“Because of the confining pressure of the overlying water on that deep submarine volcano, it actually suppressed the eruption such that it produced lavas rather than a big, explosive event,” she said.

Much of the erupted material eventually floated to the surface and drifted away with ocean currents.

Dr Carey says her life as a volcanologist is one of constant learning.

“The discoveries that we’ve made have been quite important in the context of understanding fundamental processes about how the Earth works.”