The power of music to lift our spirits in a pandemic 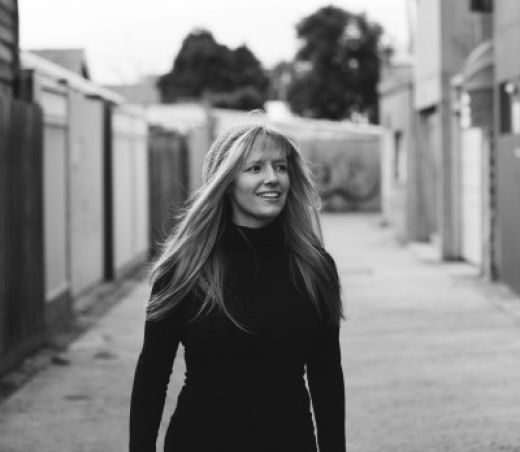 It was a moment of helplessness brought on by extreme circumstances that prompted a Tasmanian singer/songwriter to pen a poignant song about the pandemic.

Alumna Ange Boxall (BFA 1997) lost her livelihood; her paid musical performance and events work were cancelled and she was forced to pull the pin on her own boutique ECHO Festival.

“After the initial shock of losing all my work, I was feeling super down,” Ange said.

“Everything felt so surreal and it was hard to process.”

Ange knew she had to write, a cathartic process for her in times of crisis, but it wasn’t easy.

“At first I felt guilty for feeling sorry for myself, given our fortunate life in Tasmania, but I spoke to a girlfriend who told me that as an individual who had been directly affected by these huge changes, I absolutely had the right to feel this way - to let it out and have a big cry."

“I did and I felt better for it. In some ways, it allowed the words to come out… eventually I wrote a song called, ‘Time for Time Out’.”

Ange posted the song on Facebook, hoping it help inspire others in these extraordinary times.

“Of course, I wasn’t the only one feeling this way and it received a big reaction from people,” Ange said.

Music and the arts are so important, especially in times of crisis. It brings us together to connect and share our feelings.

Ange said the song asks us to take time out and not to feel bad about that.

“It talks about how it’s okay to take a step back for a while, take the pressure off. It also talks about the fact that the planet is getting a break and some much-needed time out from polluting humans!”

Ange has started to find positives in her predicament.

I am, in a strange way, grateful for this unexpected time – and thankful to live in such a beautiful place as Tasmania, with all of the space and nature around us.

“I often live a life that many would find exhausting and whilst it was difficult initially to slow down– without choice – I have come to appreciate and perhaps even quite like it.

“On the flip side, I am now feeling a tad anxious that I might not be able to fire the engines up again.”

As we shift our lives online, musicians used to the electrifying experience of performing live are now adjusting to claps coming from keyboards.

Ange was invited to do her first ‘live’ Facebook gig by Festival of King Island.

The first show in front of my fire in the parlour at home was great fun and so many people tuned in – friends and fans from all over the world!

The next gig was hosted from the comfort of her kitchen with her husband, their daughter and even the family dog joining in.

More than 7,000 people are now engaged online and it is now attracting sponsorship from businesses.

“Being able to have some purpose to the week, something to work towards and look forward to is healthy.

“To bring joy to others and provide an escape for people is also personally very rewarding.”

Listen to Ange’s song Time For Time Out | YouTube.

Check out Ange Boxall Music on Facebook for her Friday night live weekly shows during lockdown.