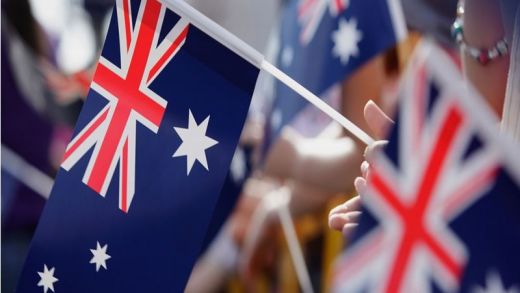 A Supreme Court of Tasmania judge, a legendary Olympic swimmer and an associate professor who specialises in cognitive and behavioural therapy were among this year’s Australia Day Honours recipients with ties to the University of Tasmania.

Alumna Shane Gould AM (MEnvMgt 2010, MCA 2012) was recognised as a Member of the Order of Australia in recognition of her stellar swimming career and her ongoing passion for swimming safety education. The three-time gold medallist at the Munich Olympic Games has dedicated herself to developing swimming education programs in Australia and overseas through her charity Shane Gould Swimming Project Inc.

The Honourable Chief Justice Alan Blow AO has been appointed as an Officer of the Order of Australia for his distinguished service to the judiciary and to the law, particularly as Chief Justice of the Supreme Court of Tasmania, and his contribution to legal education and professional standards, and to the community. Among his many contributions, Chief Justice Blow was a board member for the Centre for Legal Studies at the University of Tasmania from 2008 until 2013.

Alumnus Associate Professor Neville King AO (CertEd 1964, BA Hons 1973) has been appointed as an Officer of the Order of Australia for his distinguished service to medicine and medical education, particularly in the field of cognitive and behaviour therapy, including his significant contributions to professional associations. The academic, researcher and author is credited as one of the experts who introduced Cognitive Behaviour Change to Australia and is considered an international expert in the field.

Mr Geoffrey Ian Atkinson PSM (BA 1984) was awarded a Public Service Medal (Federal) in the Meritorious Division for his outstanding public service in the role of State Manager of AusIndustry's Tasmanian Office. Mr Atkinson has been instrumental in the successful design and implementation of a number of structural adjustment programs, including delivering more than 1100 jobs and investment of more than $120 million.

Other awards went to:

Dr Marcus Welby Skinner AM (BSc 1978, MBBS 1984), recognised as a Member in the General Division of the Order of Australia for his significant service to medicine in the field of anaesthesiology and perioperative medicine as a clinician, and to professional societies.

Mrs Margaret Josephine Bird OAM (BEd 1988), awarded a Medal of the Order of Australia in the General Division for her service to the aged, and to the community of Tasmania.

Mr Daniel Yuen-Lee Chan OAM (BEc 1975), awarded a Medal of the Order of Australia in the General Division for his service to the Chinese community of Tasmania.

Dr Colin Ross Chilvers AM, recognised as a Member in the General Division of the Order of Australia, for significant service to medicine in the field of anaesthesia as a clinician, to medical education in Tasmania, and to professional societies.