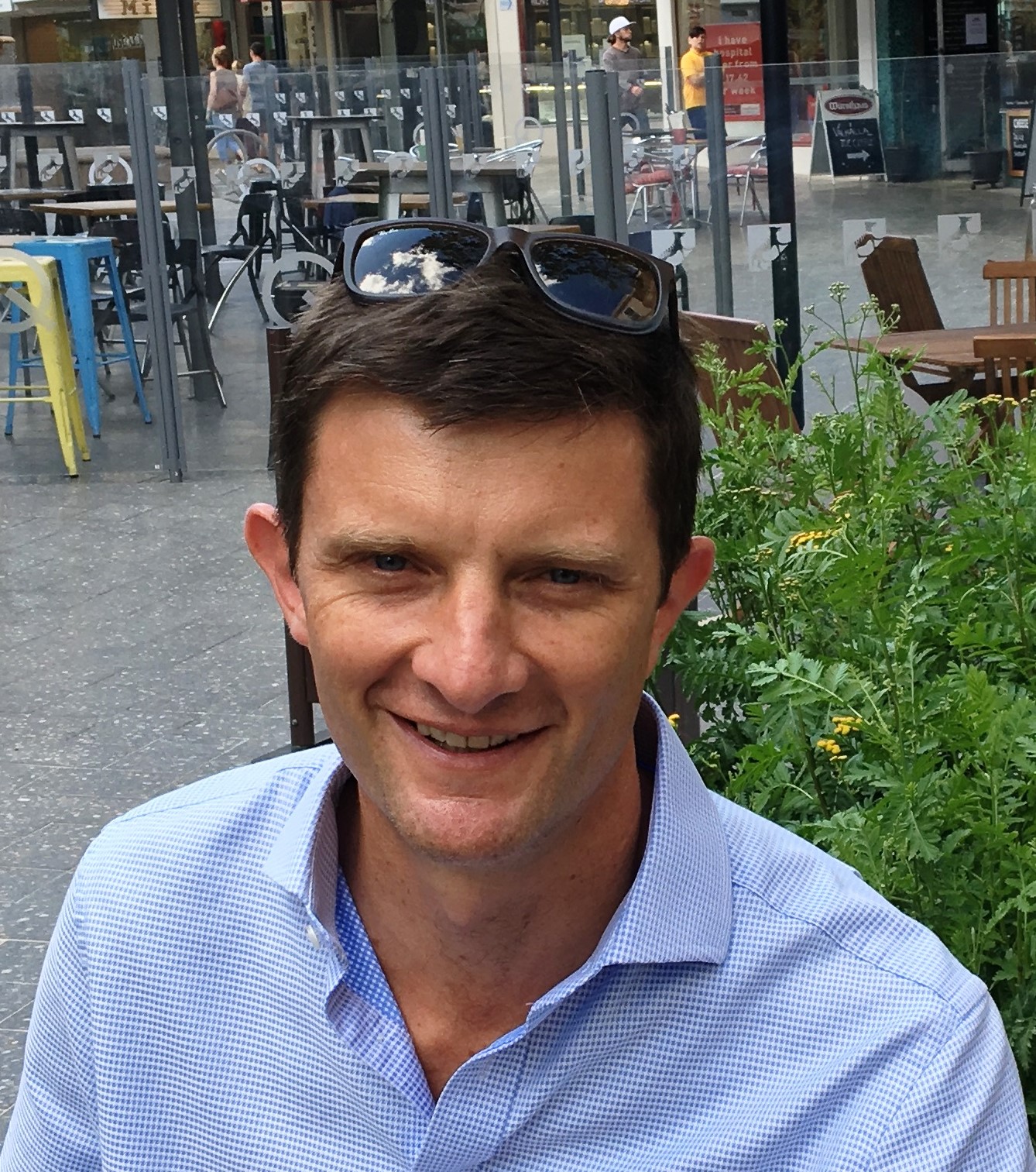 You’re the Smart City Project Manager with Launceston City Council, what does this role entail?

Cities have always been smart, especially Launceston. We had one of the world’s first sewer and stormwater services in the 1850s, the first hydro-powered street lighting in Australia from the Duck Reach power station development. These kinds of engineering inventions make cities what they are.

The pace of technology is changing and we need to keep an eye on technological change so we use the right tools to do the job and delivery better living. My role is to ensure we move ahead in the right direction and build on the legacy of those who mapped and planned the city in greater detail from the 1930s.

You have had a diverse career path – chef, army reservist, scuba diver, and you studied aquaculture at UTAS – why is that?

I studied aquaculture between 1988-1990 at the Tasmanian State Institute of Technology (TSIT) before it became part of the university.  I’ve had a varied, unusual career path, but I was always fascinated with marine ecology.

I’d qualified to be a chef but knew it wasn’t really for me, so I enrolled in tertiary study as a mature aged student at age 19.

Unemployment was high in the early 1990s so after studying aquaculture I worked as a commercial diver doing underwater blasting but it was very dangerous so when my wife and I were expecting our first baby I thought I should do something a bit safer! That’s how I ended up at Launceston City Council in 1993 – I landed a job in mapping and Geographic Information Systems (GIS). GIS was very new back then, but I could see its potential.

You’ve worked on some very interesting GIS projects, including collaboration with Google with aerial mapping?

Aerial mapping has moved into 3D modelling and I’m excited about how this assists town planners and city designers. It helps how a city shapes itself – digital based planning allows for planners and developers to determine what impact a development may have.

You’ve also crushed a common myth about the Basin at the Cataract Gorge?

Sorry, but yes, the Basin does in fact have a bottom – despite urban myths saying otherwise and we certainly didn’t find a submarine at the bottom as folklore might have it! In 2016, I was part of a team that measured the depth of the basin (finally and officially!) – the average depth is 15 metres.

You’ve also explored the use of autonomous buses?

I recently looked at autonomous buses, which are being trialled in Adelaide. It’s about ‘last mile’ shuttle-bus style of transport – exploring how to upgrade and improve traffic flows through inner cities in smarter, more informed ways. I used the Adelaide experience to assist with a current major upgrade planned for traffic signals in Launceston.

Do you feel your work makes a ‘real difference’ to communities?

I do and at the moment I’m working on a project to expand public Wi-Fi in Launceston. There are a lot of people who can’t access the Internet; students, socially disadvantaged residents and tourists, for example, so I know providing free Wi-Fi will assist these people. University of Tasmania students will benefit too. We plan to eventually enable students and staff to have access the Eduroam network, which will be an important aspect of the inner city university campus.

I’m also excited about the opportunity the Internet of Things brings and the data that may come as a result.

What do you love about living and working in Launceston?

I was born in Queensland but raised in Tasmania from the age of 8. Growing up in the country I was able to explore and wander. I love that Launceston is a quite compact, regional city with big city services.

What are you passionate about?

I’m a fellow of the Royal Geographical Society and I’m passionate about using data for informed and logical decision making. As humans we’re prone to emotional decision making as our default mode, but my work assists with making decisions using facts and data.

Do you still have an interest in aquaculture?

I’m still fortunate, through the councils’ GIS work, to have quite an involvement with the river and river health, so my background has assisted with this. My job allows me to be a ‘jack-of-all-trades’ – I can be out on the water in the morning and then assisting the general manager discussing the future of smarter cities a few hours later.

Do you look back on your days at the University fondly and why?

I certainly look back fondly. They were an amazing three years both from a learning perspective,  which I absorbed readily and hungrily, and also socially – I was part of the university concert band and it’s also where I met my wife Angela. We have six children – two are studying at University now.