Depths and Surfaces: Understanding the Antarctic region through the Humanities and Social Sciences

A conference hosted by the University of Tasmania, Hobart 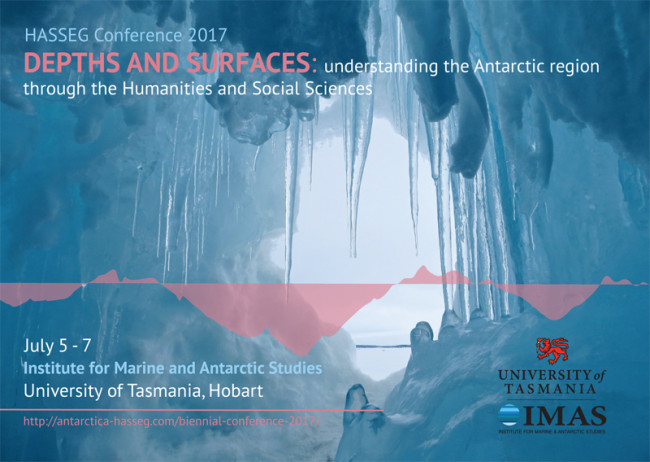 Highlights from the Conference

Antarctica rarely makes it onto the map of the humanities and social sciences. While artists have produced responses to the continent for centuries, non-scientific researchers have been reluctant to venture intellectually into the far southern latitudes. The continent’s lack of an indigenous or permanent human population, together with a popular Antarctic exceptionalism which frames the continent as immune to the political, social and economic forces that affect the rest of the globe, has made it seem off-limits to analysis outside of a scientific framework.

Increasingly, however, public attention is being drawn to Antarctica, as the surface of its ice plays host to tourists, proliferating stations, heroic re-enactments, and national manoeuvring; its icy depths reveal the environmental history of our planet; and its ocean currents ominously undermine the glaciers around its edges. While scientific efforts are crucial, understanding the Antarctic region – past, present and future – requires contributions across the disciplinary spectrum. The conference aims were to bring together humanities, creative arts and social sciences researchers interested in the Antarctic, fostering a community of scholars who can act in concert with natural scientists to address the issues that face the Antarctic region.

This is the third joint conference of the Humanities and Social Sciences Expert Group and the History Expert Group of the Scientific Committee on Antarctic Research. Local sponsors include the Multidisciplinary Environment Research Group, the Centre for Colonialism and its Aftermath, and the Institute for Marine and Antarctic Studies (University of Tasmania).