The College of Arts, Law and Education's Oceanic Cultures and Connections have supported an orchestral commission with the Tasmanian Symphony Orchestra and the Institute for Marine and Antarctic Studies (IMAS) through the UTAS Composers’ Project.

On the 25th March a workshop was held at IMAS where student composers and TSO composer Scott McIntyre were invited to presentations on the research of IMAS researchers Neville Barrett, Karen Watson and Gabriela Pilo. Both the students and Scott were then asked to write short orchestral pieces responding to the research.

Scott was particularly inspired by Gabi Pilo’s presentation on the life and death of an ocean eddy and has been working on the piece titled, Mesoscale Fanfare. See more information about Gabi Pilo’s research on ocean eddies below.

Scott’s composition was workshopped by the TSO in the Federation Concert Hall on September 15th as part of the final TSO Composers’ Project workshop. TSO musicians performed student compositions before invited guests at IMAS on September 16th. Public performances of Mesoscale Fanfare will be occurring in 2018.

The commission expanded the horizons of the student composers by allowing them to experience the process of a professional composer writing for orchestra in the same timeline they wrote their works for small ensembles. Just as students heard their works workshopped by the TSO musicians in a masterclass situation, the students heard Scott’s work workshopped in rehearsal by the entire orchestra. This provided an up-close experience for students to hear the orchestra and be immersed in the sound as well as seeing how the same ideas that inspired them could be used in a work for orchestra. Mesoscale Fanfare introduced a wider audience to the interplay of music and science. It will be included in future TSO education programs and resources to introduce oceanic science through a musical medium to Tasmanian school students. 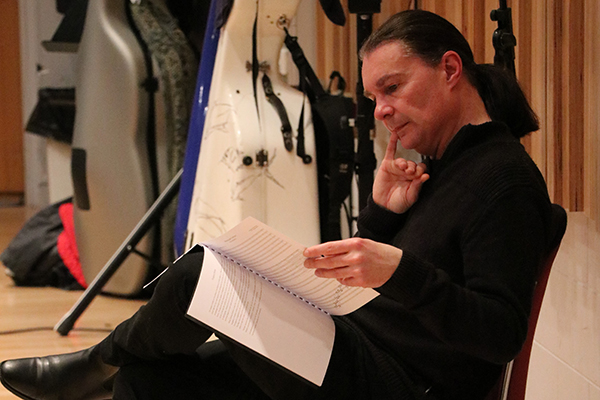 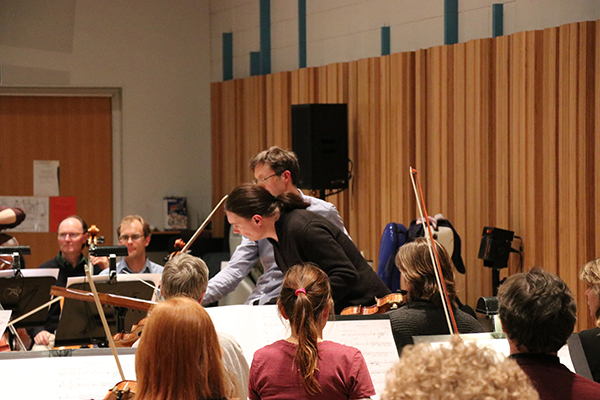 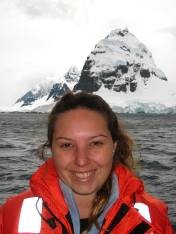 Gabi Pilo is a Physical Oceanographer pursuing a PhD degree in Quantitative Marine Science at the University of Tasmania. Her current work is in the evolution of eddies formed in the East Australian Current region. Ocean eddies are the equivalent of atmospheric hurricanes, but often live longer than their airborne counterparts. Eddies from the East Australian Current, for example, can live up to 5 years!

Eddies are a massive amount of water rotating and moving across vast distances of the ocean. They can be as big as Tasmania in diameter and 2000m deep – that is 51 Hobart Wrest Point Casino towers piled up! But that is not the most fascinating part - as eddies propagate, they interact with other features of the ocean, such as the ocean bottom, seamounts, the continental shelf, other eddies and currents. They can also carry small marine life between different regions, and attract larger animals, such as turtles and mammals, to their interior. Gabi has been working with eddies for 6 years and she says,

“they never cease to fascinate me. I am very excited to see Scott McIntyre’s interpretation of these fascinating oceanic features”.

In 2017 Oceanic Cultures and Connections is supporting interdisciplinary projects fostering cross-disciplinary exchange and providing mentoring opportunities for early career researchers. Funded by the larger  Marine, Antarctic and Maritime  University of Tasmania research theme that OCC sits within several projects are engaging with ocean related topics from a variety of disciplinary perspectives.