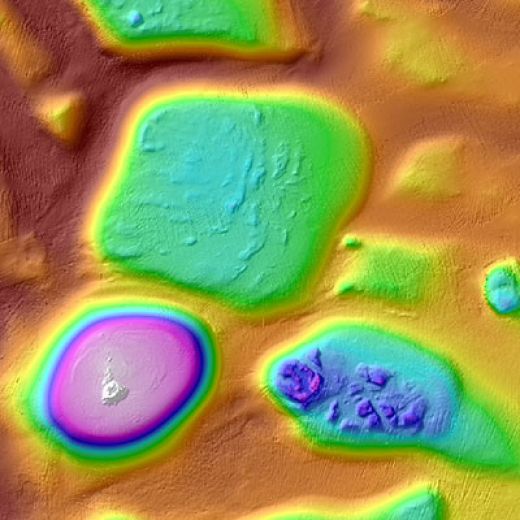 The College of Arts, Law and Education's Oceanic Cultures and Connections helps support this new project celebrating the beauty and intrigue of marine floor acoustic imagery launched by IMAS Senior Research Scientist and OCC member Dr Vanessa Lucieer with her colleague Dr Margaret Dolan from the Geological Survey of Norway. 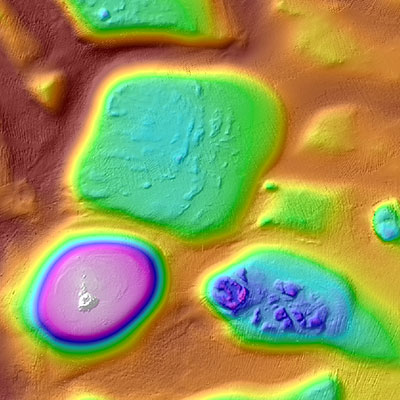 Technological advances in scientific imaging of the seafloor are allowing researchers to reveal stunning landscapes at the bottom of the world’s oceans. Visual soundings shares these incredible images and provides insight into the hidden world beneath the waves.

Dr Lucieer said seafloor images are usually studied with a scientific eye rather than from an artistic perspective, which means the breathtaking beauty of marine landscapes are often overlooked.

“We’re familiar with the appearance of the Moon and even the surface of Mars is well-documented thanks to NASA’s Rovers, but still only five per cent of the world’s oceans have been mapped in any detail,” Dr Lucieer said

“In recent years, however, new techniques such as multibeam echosounders have revolutionised scientists’ knowledge of the appearance, shape and structure of the seabed.

“In doing so, they sometimes reveal startlingly beautiful glimpses of the seafloor that look more like works of art than scientific data.”

Dr Lucieer said the images featured on the website include an one kilometre-long feature, in the shape of a figure ‘9’, incised by an iceberg on the seabed of the Barents Sea off Norway’s north-east coast, a haunting tattoo-like pattern formed on the seabed off Malta, and a structure off the Norwegian coast that bears an uncanny resemblance to a bird’s head.

“My colleague Margaret Dolan and I wanted to share the sense of wonder that we often experience when studying acoustic images.

“Through Visual Soundings we are sharing some of our favourite images and inviting others to contribute their own acoustic images.”

Dr Lucieer, who exhibited her first works in the 2016 exhibition Oceans of the Unknown, said she had been keen to reveal the beauty of seafloor dynamics through an artistic avenue throughout her career as a marine spatial analyst. 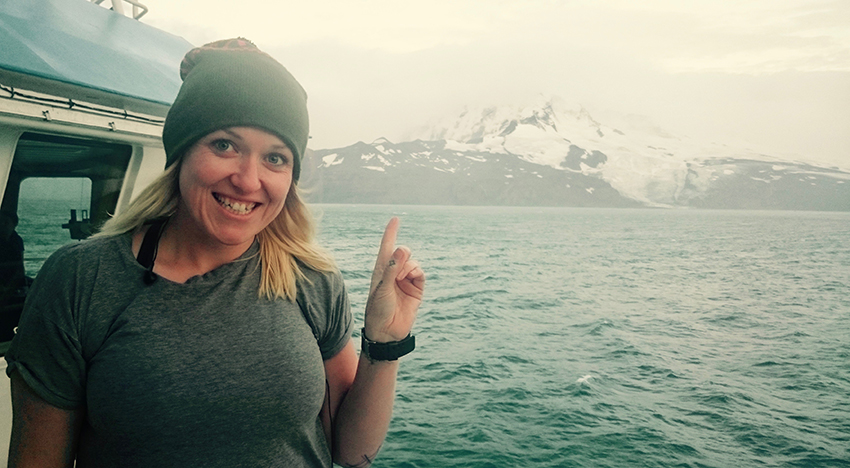 Extending cross-disciplinary approaches to communicating the world beneath the waves one of Dr Lucieer’s PhD students, Erica Spain has recently been a finalist in the 3 minute geological video competition ‘On the Rocks’. Erica’s short animation explains her PhD research demonstrating she is not only an adept communicator but also a creative and innovative thinker! Well done Erica!

Erica’s PhD project involves integrating acoustic data from different platforms, both ship and Autonomous Underwater Vehicles (AUV), at different spatial scales, to determine the scale dependence of key ecological features on the seafloor. She’ll also be looking to quantify acoustic uncertainty associated with mapping seafloor features (especially when combining data from multiple sensors), and investigate how error propagates across changing topography. Through the Antarctic Gateway Partnership, Erica will be working with an Explorer AUV to improve acoustic mapping techniques, and apply these techniques in harsh, inaccessible places.

In 2017 Oceanic Cultures and Connections is supporting interdisciplinary projects fostering cross-disciplinary exchange and providing mentoring opportunities for early career researchers. Funded by the larger Marine, Antarctic and Maritime Research University of Tasmania research theme that OCC sits within several projects are engaging with ocean related topics from a variety of disciplinary perspectives.