Experimental Histories engages with the past through interdisciplinary and experimental practices. It critically interrogates the way the past is re-imagined, interpreted, commemorated and/or subverted through affective performances of heritage and history.

To attempt to know the past ‘experimentally’ is to make way for an emerging archive of previously overlooked embodied and affective actions, objects, performances and everyday experiences. This means making a space for the stories of the bodies, objects, animals, constructed ‘heritage’ sites, and environments that became entangled with colonialism.

We seek to explore new forms of creative and cultural expression and writing that are reflective of the affective force of the emotional past, as well as are new ways of performing and 'playing' the past that produce different pedagogical effects.

Associate Professor Penelope Edmonds delivered the prestigious annual Reese Lecture at the Menzies Centre for Australian Studies, King's College London. Penny's lecture explored the recent "Uluru Statement from the Heart", and used it to take the long view on Indigenous/settler relations in Australia and the hopes for an emancipatory politics. Timely and historically rooted, Penny's lecture set the template for eagerly anticipated future debates. 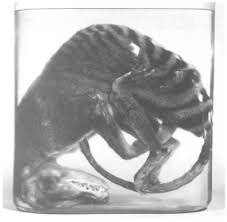 Extinction Afterlives: The Thylacine in the Era of Species Mass-Extinction

Dr Hannah Stark presented a paper at the Edinburgh Environmental Humanities Network, University of Edinburgh. The paper utilises the Thylacine as a case study to work through ideas about specular commerce, memorialisation, and mourning, and advances a more-than-human approach to the commemorative landscape of Australia. This two-day symposium explored what the era of the Anthropocene means for how we critically, artistically and affectively approach historicised objects (including animals and non-sensate things).

The Centre for the Humanities welcomed Prof Dorita Hannah as SPRING Festival Fellow in May 2017, where she presented her theory and practice of performance design at the SPRING City Symposium, and taught a masterclass for R/MA and PhD students about performance design as a perspective that moves beyond a focus on individuals within these environments, and towards a post-human approach that investigates and reflects on the ways in which environments set the stage for performances. Historical passion leads to a fascinating 10 year project. History and Classics Associate Professor and ARC Future Fellow Penny Edmonds' book Settler Colonialism and (Re)conciliation: Frontier Violence, Affective Performances, and Imaginative Refoundings relates the past to the present and argues that in contemporary settler societies reconciliation has emerged as a potent and alluring form of utopian politics.

There are currently no available Research Degree Projects currently available with the Experimental Histories Research Group. However, this will change in the future so please continue to visit this section.

A full range of publications relevant to Experimental Histories can be found on our researcher's full profiles linked above. These include journal articles, books, chapters in books, reviews, conference publications, thesis, and other public output. Some notable books are listed below. 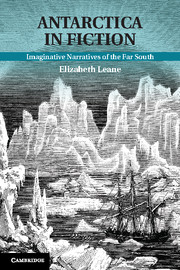 Imaginative Narratives of the Far South

This comprehensive analysis of literary responses to Antarctica examines the rich body of literature that the continent has provoked over the last three centuries, focussing particularly on narrative fiction.

Bluff Rock: Autobiography of a Massacre

We tell stories about where we come from and who we are. We change these stories sometimes minutely, sometimes radically ... Schlunke breaks new ground as she probes the 'hidden histories' of Indigenous-settler encounters and addresses herself urgently to the problems of 'history' in Australia.

Spanning the late 18th century to the present, this volume explores new directions in imperial and postcolonial histories of conciliation, performance, and conflict between European colonizers and Indigenous peoples in Australia and the Pacific Rim, including Aotearoa New Zealand, Hawaii and the Northwest Pacific Coast.

By Nicole Anderson and Katrina Schlunke

This book takes some of the most prominent theoretical approaches used in Cultural Studies and demonstrates the ways in which they are used to evaluate, analyse and interpret recent events, debates, topics and texts in contemporary society.

Deleuze and Guattari in the Anthropocene

By Hannah Stark and Arun Saldanha

This volume is part of the Deleuze Studies Special Issues (Volume 10, Issue 4). It engages the philosophical tools provided by Deleuze and Guattari and their interlocutors in order to critically approach our particularly tense moment in earth history, and asks how this moment could change the ways Deleuze and Guattari are further developed. Deleuze and the Non/Human

This groundbreaking interdisciplinary collection interrogates the significance of Deleuze's work in the recent and dramatic nonhuman turn. It confronts questions about environmental futures, animals and plants, nonhuman structures and systems, and the place of objects in a more-than-human world.

This book charts the making of colonial spaces in settler colonies of the Pacific Rim during the last two centuries. Contributions journey through time, place and region, and piece together interwoven but discrete studies that illuminate transnational and local experiences.

This book examines the performative life reconciliation and its discontents in settler societies.

This book examines the ambivalence of contemporary travelers' engagements with Aboriginality. The author analyses how travel to Black Australia has become, for many travelers, a means of discovering 'new'-and potentially transformative-styles of interracial engagement.