China's Growing Influence in Tasmania: The Good, the Bad and the Ugly 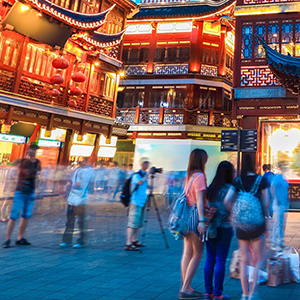 Clive Hamilton’s controversial new book, Silent Invasion: China’s Influence in Australia, almost went unpublished after three publishers pulled out, citing fears of reprisals from Beijing. Since arriving in bookshops in February, the book has been subject to both criticism and acclaim.

In this lecture, Clive will explain the Chinese Communist Party’s influence and interference operations in Australia, the structure of its overseas influence network, and the techniques it uses. He will also draw on his recent study of China's influence in Tasmania.

As Professor Rory Medcalf, the head of the Australian National University's National Security College writes in a review for the Lowy Institute, the book’s forthrightness is resounding internationally.

Clive Hamilton is an Australian public intellectual and author. He founded, and for 14 years directed, Australia’s leading progressive think tank, the Australia Institute. He has held visiting academic appointments at Yale University, the University of Oxford, the University of Heidelberg and Sciences Po in Paris. His articles have appeared in the New York Times, Foreign Affairs, the Guardian, Scientific American and Nature. For the last ten years he has been Professor of Public Ethics at Charles Sturt University in Canberra.

This free event is presented by the Institute for Social Change and Asia Institute Tasmania.