Something in the air: less abundance and diversity in city aerobiome 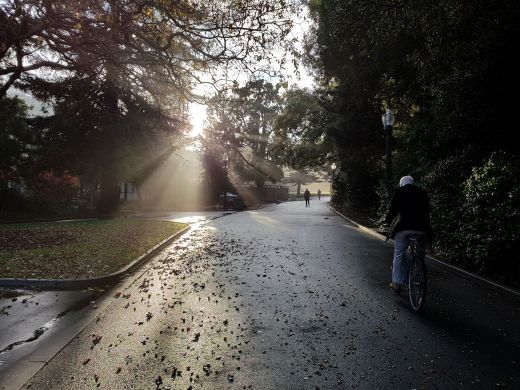 Could city air be bad for our health?

Research from the University of Tasmania has found that the outdoor aerobiomes in cities have fewer microbes and less diverse aerobiomes than their rural counterparts.

Such differences could impact on immune system function and contribute to urban-associated diseases such as allergies and asthma, according to lead author and epidemiologist Dr Emily Flies.

Our skin, oral, nasal and respiratory surfaces are constantly exposed to airborne microbial communities, known as aerobiomes. It is estimated that people who live in urban environments inhale about 100 million bacteria each day.

“This study indicates that urban aerobiomes are different in ways that may negatively impact health,” Dr Flies said.

“However, there is significant variation in land use within urban areas and presumably important differences in aerobiome composition as well. For example, biodiverse urban green spaces may be able to alter the local aerobiome in ways that benefit health.”

Over half the global population lives in cities, and while urban environments offer myriad social, cultural and economic benefits, they alter the microbial communities to which people are exposed, with potentially important but underexplored health impacts.

To date, however, there has been no synthesis of how aerobiomes are impacted by urbanisation, making it difficult to ascertain potential health impacts.

“Environmental microbial exposure influences the internal microbiome of animals and shapes their immune system development and function, influencing health in many different ways. But there is still debate over how to characterise ‘healthy’ microbial exposure,” Dr Flies said.

Consistent with expectations, the authors found that most studies (57%) identified higher levels of airborne microbes in rural areas compared with urban areas. Approximately 22% of studies found that microbes were more abundant in urban areas, and 22% found no difference in abundance.

Microbial diversity was under-reported in studies, but when those comparisons were made (in 12 out of the 30 analyses examined), 67% found the rural aerobiomes to be more biodiverse, four studies (33%) found no difference, and none found diversity to be higher in urban areas.

“There haven’t been enough empirical studies directly testing how human immune systems respond differently to aerobiomes from urban and non-urban areas, or from different areas within a given city, to help characterise the important features of aerobiomes,” Dr Flies said.

“Such studies are necessary before we can begin to apply this knowledge in ways that can benefit human health.”

Urbanisation reduces the abundance and diversity of airborne microbes - but what does that mean for our health? A systematic review was published in the journal Science of the Total Environment. The paper is authored by Emily Flies, Laurence Clark, Barry Brook and Penelope Jones.