Study tracks down the genes that spread the beans 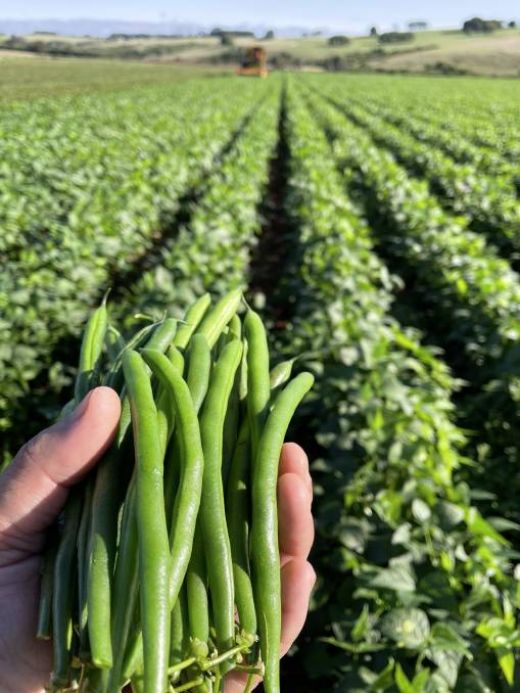 Research into how plants respond to seasonal changes has identified a gene that has a major influence on where and when a major crop species can be grown.

University of Tasmania plant biologist Jim Weller led the international study, published in the journal Current Biology, in collaboration with researchers from Spain and China.

“Our work examines the factors that control how long a plant takes to flower, and in this study we focused on the common bean,” Associate Professor Weller said.

“This important crop originated in South and Central America around 8,000 years ago but is now grown around the world, mainly for use as a dry grain but also as a fresh vegetable.”

Around 40,000 metric tonnes of green beans are produced in Australia, and they are also a significant crop for Tasmania with local growers accounting for around one quarter of the national total. World-wide, annual production of dry beans and green beans is over 30 million tonnes in each case.

“Flowering time is an important part of a plant’s adaptation to its environment, whether it is a wild plant growing in nature or a crop plant grown for human purposes,” Associate Professor Weller said.

“The wild ancestors of many of our crops had quite restricted distributions, and major genetic changes were required before they could spread and be successfully grown at different latitudes and in different climatic zones.”

The researchers conducted detailed genetic analyses of diverse wild and domesticated bean varieties and identified the genetic variants that allow beans to complete their growth cycle during summer at higher latitudes around the world.

“Wild beans come from the tropics – they need warmth to grow but also short days during their growing season in order to flower,” Associate Professor Weller explained.

“They would be a complete failure anywhere temperate, as the long days of summer would prevent them from flowering. Luckily for us in Tasmania, and for millions of others around the world, varieties in which this gene has naturally become inactive no longer care how long the days are and as a result they flower and mature much earlier.”

The team’s results also shed light on the ancient history of common bean, suggesting that early flowering may have been an important characteristic selected during its initial domestication in the central Andes mountains of South America.