To re-behold the stars: COMMUNITY VISIONS 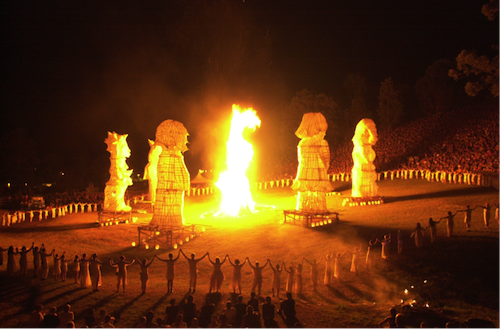 Neil Cameron works with visual artists and musicians to create large and small scale ritual environments sometimes with hundreds of participants and has produced over 200 major national and international projects over the last forty years. He uses myth and archetype to create his transformative experiences and was instrumental in establishing the arts recovery project in Port Arthur after the massacre. He has collaborated in various environments including deserts, gorges, at sea and on rivers. He has been awarded an Australia Council two-year fellowship and other awards for his work.

Neil Cameron’s presentation will focus on the role of ritual in our society. The talk will explore the role that visual artists can take in this realm and why the work is so important to our culture. The talk will cover the building of ritual environments by professional artists using their personal experiences and how these can manifest in public spaces. It will address questions of open narrative and unconscious expression and how these can be built into unique and powerful experiences. Many projects will be touched upon including ritual responses to the 9/11 disaster, a massacre in a community and working with aboriginal and ethnic groups.