John Martinkus is a highly respected author and television journalist. He was born in Australia in 1969, grew up in Melbourne and studied international relations at Melbourne's La Trobe University. Following a period studying Russian Language in Moscow, he visited East Timor and in late 1994 began writing freelance stories about the conflict, which he sold to papers in Australia and New Zealand, and wrote A Dirty Little War, which draws on his many visits to Timor leading up to and following the 1999 elections. He has published three non-fiction accounts of the conflicts in East Timor, Aceh and Iraq. A seasoned visitor to the Middle East, he has filed several reports for SBS Dateline from Afghanistan. He is currently a lecturer in Journalism and Communications at University of Tasmania.

In 2011 John Martinkus was commissioned by the Australian War Memorial to travel to Afghanistan as Australia's Official War Cinematographer. It was his sixth reporting trip to Afghanistan since 2005. In this Art Forum presentation he will discuss the difficulties of reporting that conflict. 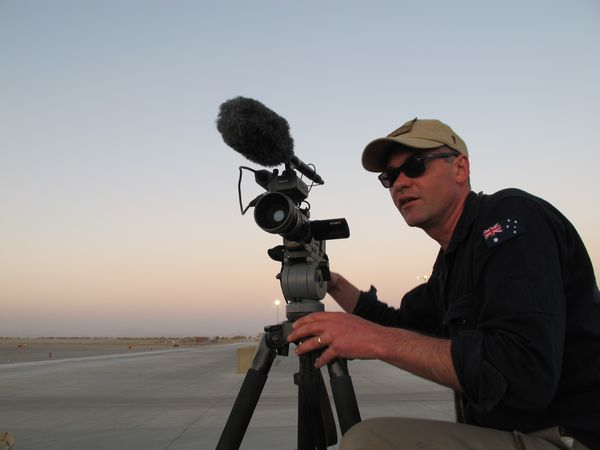 John Martinkus during his deployment to Afghanistan as Official Cinematographer for the Australian War Memorial. Photo credit: Ben Quilty