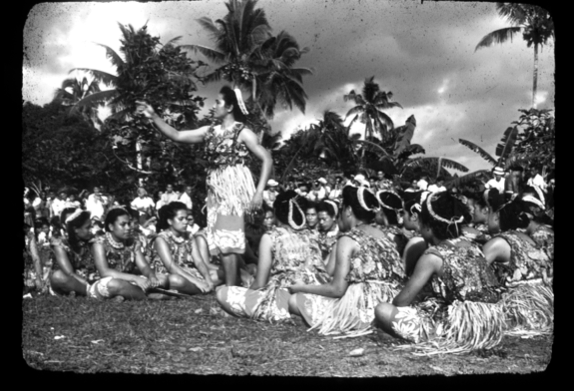 Leigh Hobba is a Hobart based artist and lecturer. He has exhibited widely nationally and internationally with a practice that has variously involved, performance, music, moving image installation and writing.

In the introduction to his 2007 retrospective at the Tasmanian Museum and Art gallery, he was described as one of Australia’s most highly regarded video and performance, installation and sound artists of his generation.

In the latter half of 2012, Leigh travelled to the 11tth Festival of Pacific Arts in the Solomon Islands, and from there to Samoa, where he had an exhibition of family album images from the 1950’s at the J.P.Hayden Museum in Pago Pago, American Samoa.

Areas of current interest include the cultural adaption to climate change of the South Pacific Island nations, and the ecology of the South Pacific Ocean. Leigh's research engagement spans International to local practice, set within the context of returning for the first time to the place of his birth in American Samoa.

Leigh will talk about transient ecologies and transient lives via a presentation of stories, anecdotes, video and sound.