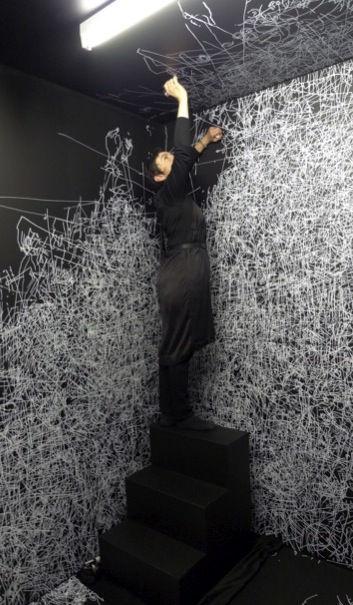 Gosia Wlodarczak arrived in Australia in 1996, lives in Melbourne and works in Australia and internationally. Drawing is the basis of her practice, extending towards performance, interactive situations, installation, sound and film; she refers to it as cross-disciplinary drawing.