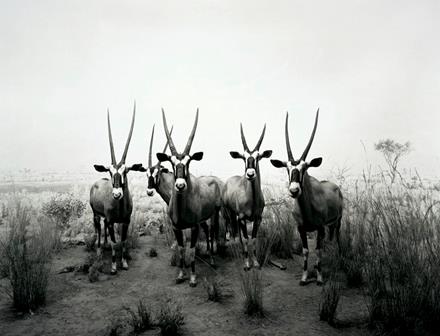 David Raskin is Mohn Family Professor of Contemporary Art History at the School of the Art Institute of Chicago, and Editor-in-Chief of caa.reviews. He is author of Donald Judd (Yale University Press, 2010), and other scholarly publications, including essays on Noriyuki Haraguchi, Ad Reinhardt, Jo Baer, Olle Baertling, Enrique Martínez Celaya, Carl Andre, and pragmatic aesthetics. He is currently Visiting Fellow at the United States Study Centre, University of Sydney, Australia.

In asking why responses to Sugimoto's photographs turn on a dime from awe to scorn, Raskin suggest that these strange works of art manage to escape human desires. His hope is that by moving the conversation away from entrenched dichotomies such aesthetics or anti-aesthetics and toward an analysis of the nature of objects and feelings, he can suggest the ethical and practical consequences of inhuman art.