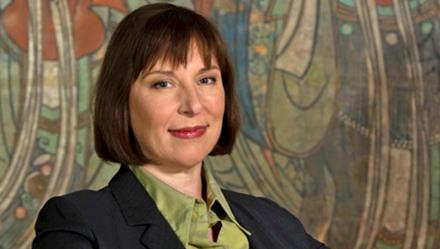 Digital Disruption and the Museum

A museum professional for over two decades, Janet hails originally from England where she obtained her degree from Cambridge University in History and Philosophy of Science, and a Masters from the University of London in History of Science and Medicine. Her career in museums began with London's Science Museum as a curator in the Medical History department.

In 2004 Janet became the Assistant Director, Public Programs & Operations with the Australian Museum, Sydney, in 2010 she was appointed Director and CEO of the Royal Ontario Museum (ROM), one of Canada's leading museums with encyclopedic collections in natural history and world cultures. In 2014, Janet led the ROM's year-long Centennial celebrations as the Museum marked 100 years of connecting visitors to one another and to their world. In April 2015 Janet returned to Australia to take up her new role as Director of the Tasmanian Museum and Art Gallery (TMAG) in Hobart. TMAG is Tasmania's leading natural, cultural and heritage organization. It is a combined museum, art gallery and herbarium that safeguards the physical evidence of Tasmania's natural and cultural heritage, and the cultural identity of Tasmanians.

In her Art Forum presentation Digital Disruption and the Museum, Janet will reflect on the contemporary museum's current context; as the world becomes more connected and curated, where do museums fit in?