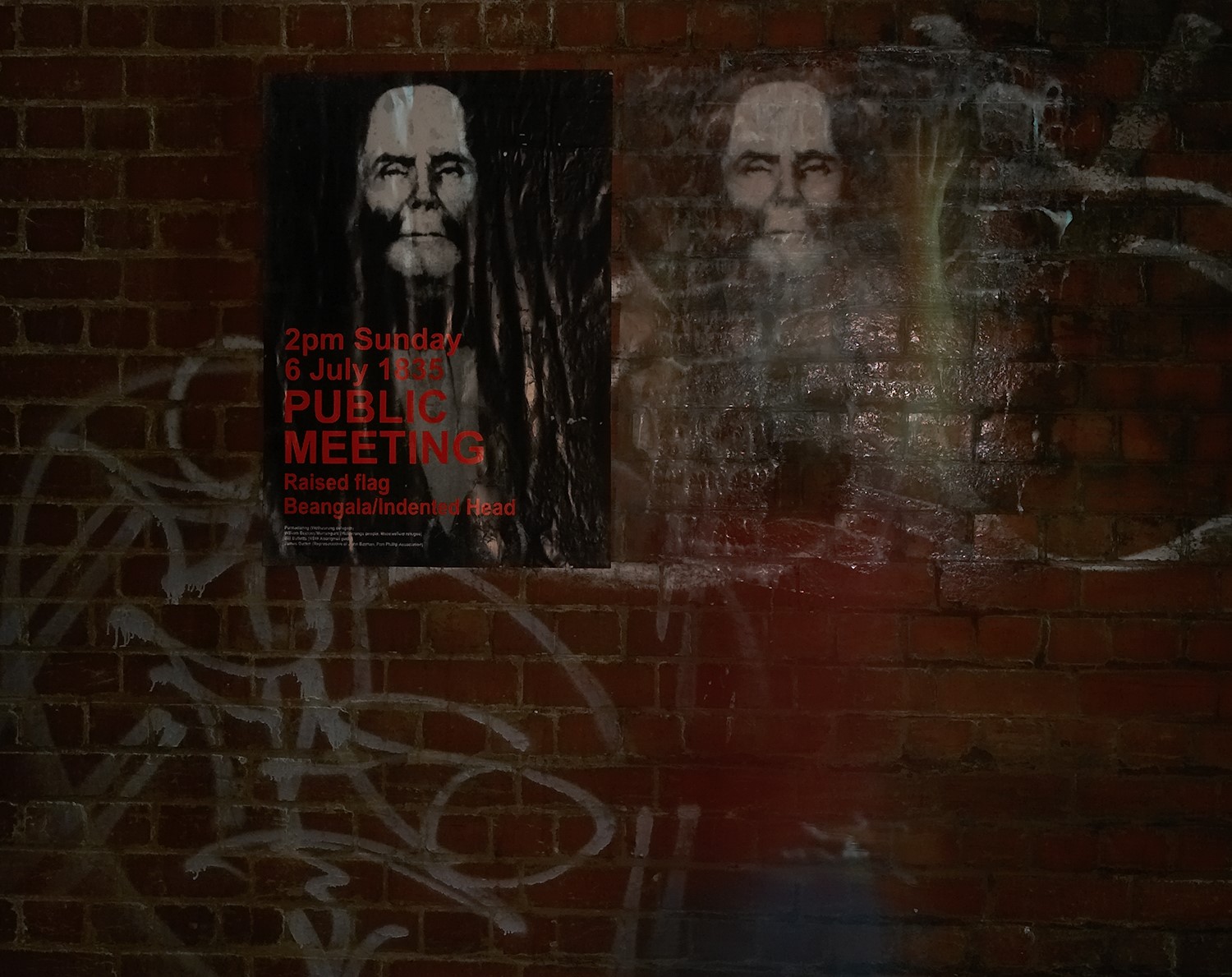 Tom Nicholson (b 1973) is an artist who lives and works in Melbourne. He often works with historical material and the visual languages of politics, sometimes using public actions and focussing on the relationship between actions and their traces. He has made a number of works engaging aspects of Australia's early colonial history, using combinations of drawings, monumental forms, and posters, often articulating these histories in relation with the histories of other places.

In this special Art Forum presentation, Nicholson will describe and contextualise Lines that could be scars, a project that evolved from an engagement with the earliest known European image of contact, John Webber's An interview between Captain Cook and the Natives, and with its Tasmanian visual-historical context.  This project has just opened as a solo show in Melbourne, part of a collaboration between the Museum of Archaeology and Anthropology in Cambridge and the Australian Print Workshop in Melbourne, and also involves the artists Brook Andrew and Caroline Rothwell. Nicholson will discuss the evolution of this project, and its relationship to other works that attempt to engage histories and possibilities of early contact, and what this might mean for our collective languages of picturing and monumentalising.