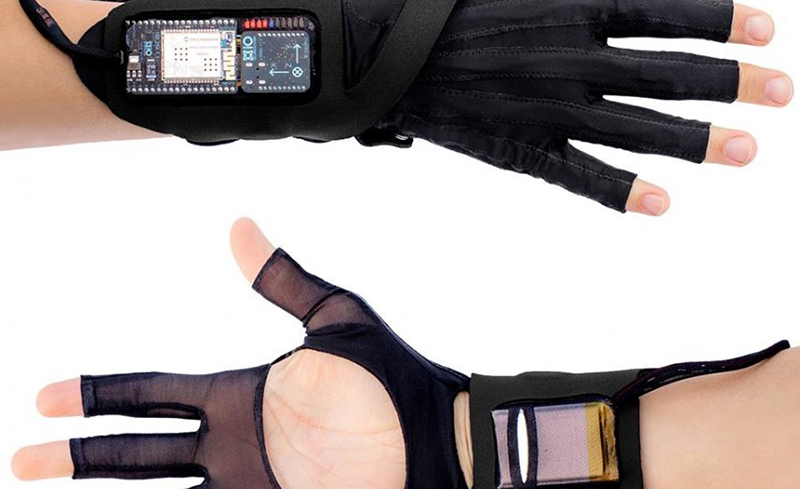 Making and Performing Music with the mi.mu gloves

Kelly Snook is a music producer, engineer, and musician based in London and Portland, Oregon.  She is one of the developers of the mi.mu gloves and an Adjunct Professor of Music Technology at the University of Brighton with a Ph.D. in Aerospace Engineering. She spent two decades as a NASA Research Scientist before turning her attention to music full-time in 2010 when she joined Imogen Heap as her music and tech assistant.  Her primary research focus is in data sonification as a scientific tool through interactive audiovisual immersive environments. Her initial project at University of Brighton is the creation an interdisciplinary Fab Lab in the College of Arts and Humanities. She also runs her own recording studio, called It's Not Rocket Science Studios, in Portland, producing and mixing music by independent musicians.

Born from founder Imogen Heap’s desire to control music in a way that felt more natural than what conventional music technologies offered, the mi.mu gloves have developed into a comprehensive gestural instrument that allows for an innate connection between musician and software. In this presentation, you will learn about the technology behind the mi.mu gloves, the custom software for connecting gesture to music, and how data from the gloves' sensors can be mapped to music software to create new connections between gesture and sound.