This art forum explores the nature of spectacle in community theatre: the practices, the pitfalls, the potentials, the challenges and impact theatre can have in the community context.

Peter Hammond has been involved with staging and directing community theatre productions for several decades. Since graduating from NIDA he has worked for the School of Visual and Performing Arts at the University of Tasmania where he is head of the Performing Arts Program and Deputy Head of School. He is a community theatre director and lectures in acting and stage crafts and directing. Widely experienced in large scale theatre productions and has directed for CentrStage since its inception in 1990. Research interests - script writing and community theatre. 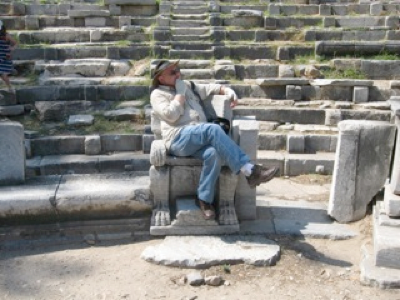