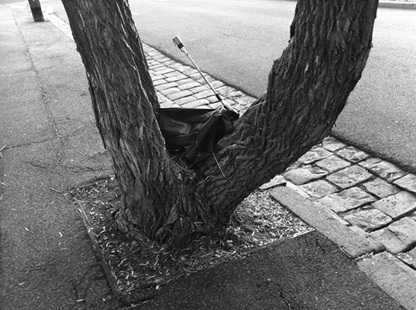 Beth Arnold is a Melbourne based artist working in the field of sculptural practice. Her practice is concerned with developing an expanded understanding of site, where context is crucial and site is positioned as a shifting environment of multiple relations. Through Arnold’s processes of production and work, she aims to explore the temporal, ordinary and intimate qualities of the built environment and the complex networks operating within them. Her works take form in a variety of media including cast objects, image making, photography and installation. Arnold is interested in the diverse ways in which art can activate and engage the public with sites. In this talk Arnold will discuss recent works and her Master of Fine Art project.

Beth Arnold is a graduate of the Victorian College of the Arts, The University of Melbourne having completed her Bachelor of Fine Art (Honours) in 2005 and Master of Fine Art (by research) in 2010. Upon graduating Arnold received the National Gallery Women’s Association Postgraduate Award and the Sutton Gallery Emerging Artist Award. Arnold has participated in a number of group exhibitions including “Gestures and Procedures” at the Australian Centre for Contemporary Art (2010), “Beth Arnold, Robbie Dixon and Jenny Bishop” at Place Gallery, Richmond, Melbourne, Australia (2011) and “Intrude: Art & Life” at the Shanghai Zendai Museum of Modern Art, Shanghai, China (2008). Solo exhibitions include “Approaching site” at Sutton Gallery Project Space, Melbourne, Australia (2011), “Masters Exhibition 2010” at the Victorian College of the Arts, The University of Melbourne, Australia and “Changing States” commissioned by White Street Project, Frankston City, Australia (2009). Arnold has been collaborating with Sary Zananiri since 2006 and they were featured in the 2008 Laneway Commissions (City of Melbourne) producing artwork “As it appears...” Arnold and Zananiri have recently completed “Within Foundations”, a permanent public artwork located in Officer, Victoria, Australia.