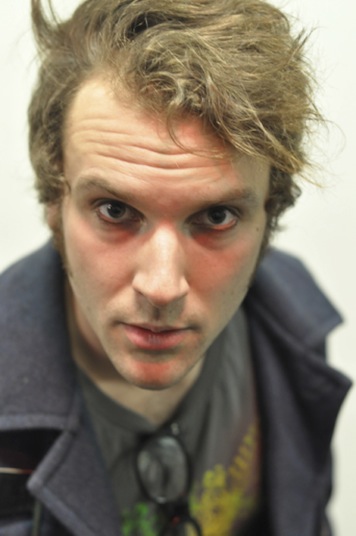 Chris Jackson in conversation with Peter Hammond or; How I survived the last 6 years.

Various cliché literal references come to mind when announcing this forum, “the prodigal son returns” being one. Chris Jackson attended the School of Visual & Performing Arts beginning in the year 2003 and Graduated in 2005, immediately being employed as the resident Production Manager and Theatre Technician. He remained in this position for 2 years then leaving to pursue further post-graduate study with his Masters project, exploring the blurry line betwixt Performance Art and Theatre; how an audience engage and interact with a performance, how the choices they make guide and craft the performance toward their individual experience. He then worked freelance for the next few years as an actor, designer, director and technician, working with many companies on a local, state wide, national and international scale. Returning now to the position of Production Manager and Theatre Technician for the school he is in conversation with Peter Hammond this Thursday discussing his experiences as a working performing artist based in Launceston.