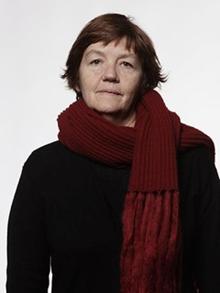 Patricia Cornelius is a founding member of Melbourne Workers Theatre. She’s a playwright, novelist, film writer and dramaturge. She’s a recipient of a Fellowship from the Theatre Board of the Australia Council and the 2012 Patrick White Fellowship. She has also been awarded the 2011 Victorian and NSW Premier’s literary awards, 2006 Patrick White Playwright’s award, 2009 Richard Wherrett Prize, 2003 Wal Cherry Award, The Jill Blewitt Award and the R.E Ross Trust Award.

Her plays have earned her 10 Awgies for stage, community, theatre for young people, and feature film adaptation. She has written over 25 plays. Her most recent works are:  Big Heart, Savages, Do not go gentle…, Slut, Love and The Call.

Patricia has worked in collaboration with many theatre companies including young people’s theatres and has a commitment to the development of the text through workshopping with actors, directors and other theatre makers.

ArtsForum will resume in Semester 2, 2013