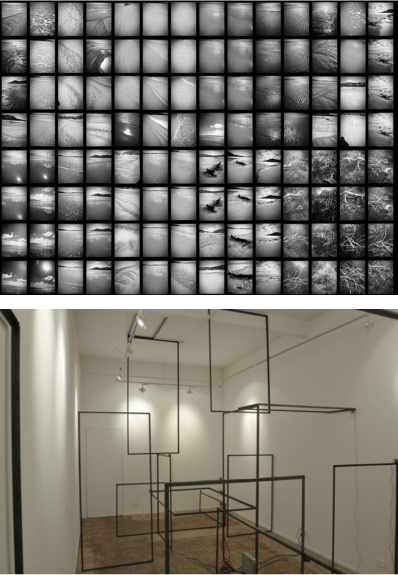 Gathering fragments of Flinders | Let the right one in
Marisa Molin

Marisa’s professional arts career spans over 13 years in the jewellery industry. Over the last 8 years, Marisa has continuously developed an intricate collection of sculptural jewellery in response to the Tasmanian wilderness. She has three public art sculptures in Brisbane and Tasmania and is currently represented in six jewellery gallery stores nationally.

Molin has undertaken numerous residencies and exhibitions in Tasmania and abroad as well as co-initiating and being resident jeweller at Brisbane’s MoB Workspace.  Marisa is currently the Director of Sawtooth ARI, whilst maintaining a jewellery and sculpture practice in Launceston.

During her forum, Molin will discuss her recent public art commission in Port Sorell which opens officially 18th October, her recent artist in residency on Flinders Island and the work she has been creating whilst as Artist in Resident at the University of Tasmania this month.

Kat Clarke is a Melbourne based inter-disciplinary visual artist who recently graduated with an Honours Degree from the Victorian College of the Arts, University of Melbourne. In 2009 Kat completed a Research Masters of Fine Arts at the VCA and she has been the recipient of numerous awards including the VCA Vulcan Steel Tutorship Award.  The prize included a one-year teaching position in the Sculpture and Spatial Practice department of VCA.  Kat has exhibited regularly since 2003 in both solo and group exhibitions in Australia and the UK (Scotland).  Her work has been exhibited widely in Melbourne’s artist run spaces as well as the Margaret Lawrence Gallery and the McCelland Sculpture Park.  Kat recently exhibited as part of the Innovators Program at Linden Centre for Contemporary Arts in Melbourne.

Kat Clarke’s installation works are conceived as abstract sculptural experiences comprised of video projection, audio and constructed framework that embrace the idea of installation in spatial, psychological, social and physical engagements.  The underlying methodology of her work is based on the interview.  The documentation of the interview process is often incorporated into a minimal infrastructure or objects that work both spatially and architectonically, and explore the external persona and the internal psyche.