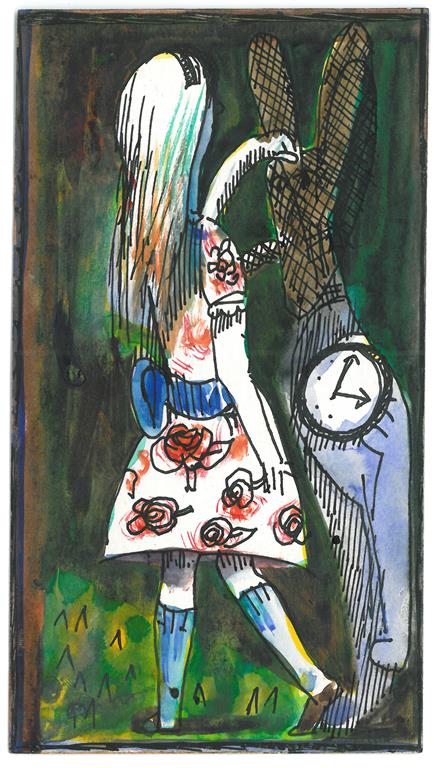 Charles Blackman is one of Australia's most important living artists and is renowned for his images that explore the duality of life. Charles Blackman: A family affair will inform and educate on the untold story of this great Australian artists life as the partner of Genevieve, and father of Bertie and Felix. Several of the Blackman paintings and drawings have never before been publicly exhibited. The exhibition will be loaned from the Launceston private collection of Genevieve de Courvreur, who was married to Blackman, 1978 to 1987.

Charles Blackman: A family affair will include paintings by Genevieve de Courvreur, and subsequently offer insight in to the influence of the artist wife as muse. The exhibition will include artworks, music and design by Bertie and Felix who have established successful art careers, Bertie in the music industry and Felix as an emerging architect. Charles Blackman: A family affair celebrates the dynastic influence of de Courvreur and Blackman upon this significant Australian creative family.

Charles Blackman: A family affair is presented as part of the Academy Gallery Mini Blockbuster (MB) series. The MB Series aims to promote and educate the contemporary arts as accessible cultural enjoyment.