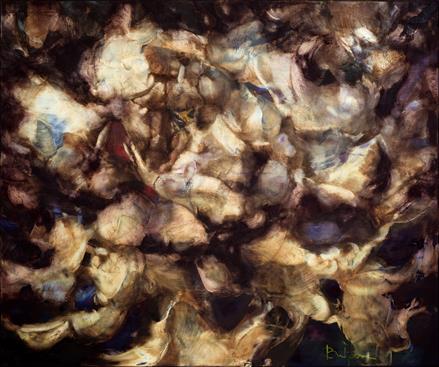 Katharine Buljan is a Sydney-based artist and an independent scholar. She has exhibited her work in Australia, Italy, Hong Kong and Sweden winning various awards. In 2013, Katharine was selected as a finalist for the 62nd Blake Prize for Religious Art. In 1995, she was awarded a European Parchment for her contribution to arts at the XV Review of Contemporary Art in Galleria Forum Interart in Rome. Other art prizes she has won include first place in the foreign artists section at the II International Festival of Contemporary Painting in Sanremo (1994), and Plaque "Colosseum" (1993) – a prestigious Italian national art prize. Her works feature in the Yearbook of Modern Art – Contemporary Artists 2015 (Annuario D'Arte Moderna - Artisti Contemporanei 2015, edited by Silvio Sparaci), Rome, Italy: ACCA. She is also artist in residence in Sydney (A. R. P. Artist Residency Program).

She has published on visual art and animation. Katharine co-authored the book on Japanese animation titled Anime, Religion and Spirituality: Profane and Sacred Worlds in Contemporary Japan (Equinox, 2015), and her recent paintings have been inspired by the theoretical research she did for this book.