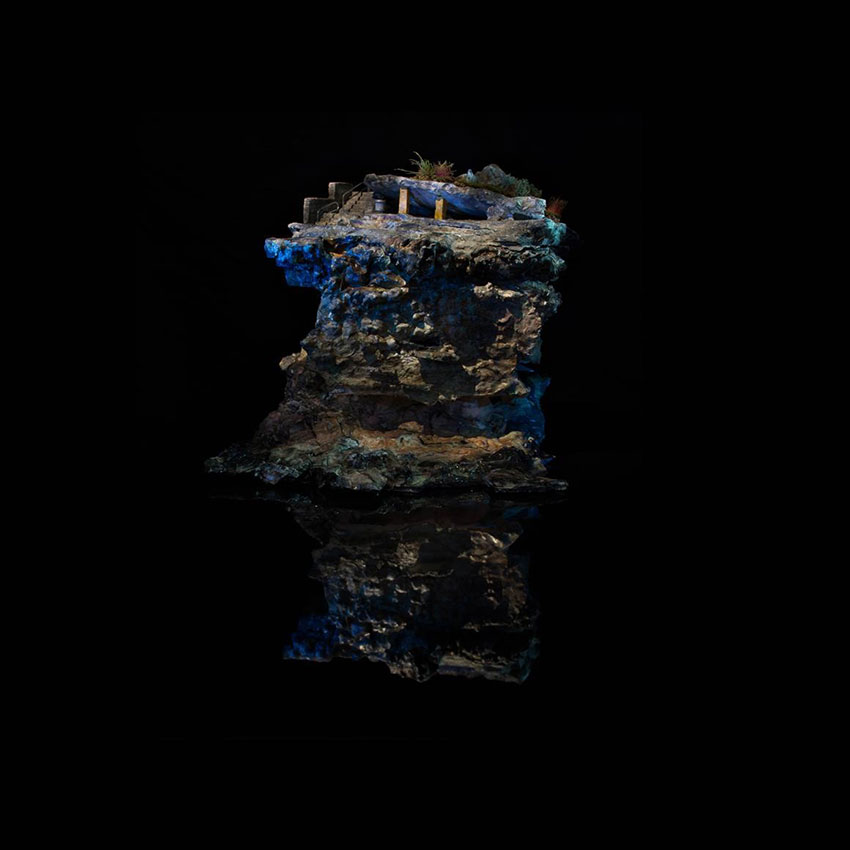 CRUISING WONDERLAND refers to a specific ‘beat’ site in Sydney associated with illicit encounters and the homophobic violence it engendered during the 1980s, as well as an embodied means of re-presenting such traumatic histories. As practice-based research, it examines how traditionally representational forms of photography and scenography can inform each other through the more performative mode of ‘scenographic photography’: an interdisciplinary neologism operating between the performing, spatial and visual arts. Influenced by performance design, in which scenography operates within an expanded field, this new presentational mode impacts on the creation and exhibition of photography: calling upon the audience to abandon familiar means of experiencing and engaging with the conventional gallery setting. An exploration of the varying modalities of presentation, representation and re-presentation, as well as viewing, witnessing and experiencing, leads to new visceral and embodied engagement between spectators and art works by encouraging audiences to move through and pause within deliberately staged environments: to cruise wonderland.

The performative nature of ‘scenographic photography’ is here utilized as a creative method to explore and represent sites of historic queer trauma in an attempt to garner a deeper understanding of our violent, homophobic histories, occurring especially in and against the ‘beat’ spaces used for male sexual encounters within Australia and New Zealand. These often clandestine, nocturnal spaces of erotic desire, and the violence they elicit, are further investigated through ‘darkness’ (metaphorical, physical and conceptual) as a queer aesthetic strategy for highlighting issues of damage, trauma, violence and shame as applied to the production and staging of ‘scenographic photography’. This calls on ‘reparative aesthetics’ as a performative means for re-presenting sites of historic homophobic violence whilst attempting to avoid the negative and distancing effects of ‘pity’ and ‘shame’ in the act of witnessing. Within Cruising Wonderland scenographic scale-model making is adopted as a critical tool to interrogate the chosen sites, where the inherent ‘wonder’ and fascination associated with the art of the miniature allows for the possibility of a reparative reading not always possible via the explicit documentary tradition of photographing sites of trauma.

Situating this project and its individual photographs within the larger collective framework of performance design allows the body of work to become, in the tradition of post-dramatic theatre and expanded scenography, a performed ‘visual text’. This calls upon and queers the Christian tradition of walking the ‘Stations of the Cross’ by inviting participants to sequentially move from image site to image site: pausing, reflecting and passing on, in order to elicit an empathic response to the exhibited photographs.

At the heart of this exploration are the hidden narratives of hundreds of Australasian men who were beaten and/or murdered because of their perceived otherness. Cruising Wonderland attempts to both define and employ the emerging field of ‘scenographic photography’ to create awareness of selected sites of homophobic violence within New Zealand and Australia. The audience is required to ‘cruise’ the darkened exhibition environment, like the ‘beat’ spaces referenced in the work, with an acute awareness of their surroundings, of other people, sounds, smells, dangers and how they, as participants within Wonderland, perform and are perceived by others. This immersive approach to engaging with the work is to encourage a process of empathic engagement, illuminating often-invisible histories, allowing us to move towards reparation. Cruising Wonderland is a memorial to queer suffering.